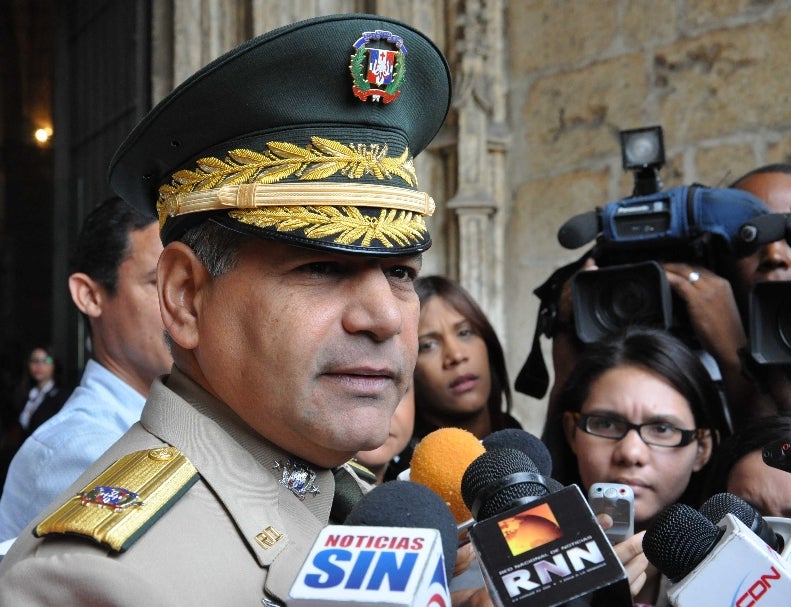 SANTO DOMINGO. -The judge of the Office of Permanent Attention of the National District, José Alejandro Vargas, issued three months in prison as a measure of coercion against a Colombian accused of assaulting and stealing more than RD $ 193 thousand (US $3642) from the daughter of Rubén Darío Paulino Sem, Minister of Defense, on the 18th of this month.

The magistrate sent Andrés Camilo Góngora Céspedes to the Victoria prison, after receiving a request for a measure of coercion that accuses him of the association of malefactors and aggravated robbery.

According to the Public Ministry, the daughter of the Minister of Defense left a bank located in the Romulo Betancourt, where she withdrew the cash and then went to the school where her son studies to look for him.

At that time, the accused followed her in a vehicle driven by an accomplice and took advantage and broke a window of the victim’s car and stole the money.

After the Public Ministry read the charges established in the request for a measure of coercion against the accused, the judge asked the defendant if he had something to say, to which the suspect replied that he is unaware of what they charge him and that he does not know the minister’s daughter.

Michelle Paulino, daughter of the Minister of Defense, said in court that the defendant sent the money stolen to Colombia, according to the statement of the warned to the authorities.

The request for the measure of coercion states that after the victim finished withdrawing the cash in a bank, she went to the school where her son is studying, while there, the defendant Góngora Céspedes broke a window of the victim’s vehicle and stole the money.

According to the document, the defendant and his accomplice, not yet identified, followed the minister’s daughter from the bank to the place where he committed the criminal action.