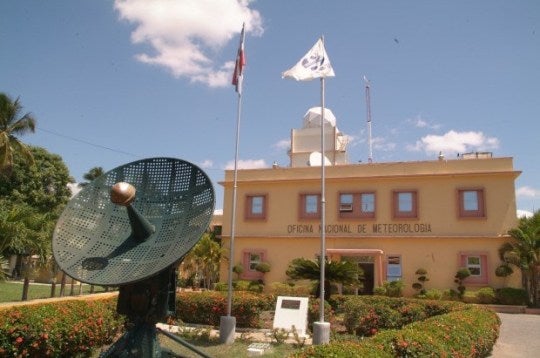 The National Meteorological Office (ONAMET) predicted that tonight and early morning there will be cloudiness accompanied by downpours, from moderate to strong, with thunderstorms and gusts of wind over the northeast, the Caribbean coastal coastline, and the central mountain range, caused by the approach of a trough associated with an active frontal system in the eastern portion of Cuba.
However, during much of the day, the department expects little rainfall.

Also, Onamet forecasts tomorrow (December 25) from early hours until late at night to be cloudy with moderate to heavy rains, with thunderstorms and gusts of wind in the north, northeast, southeast, northwest, Central mountain range and Greater Santo Domingo.

Onamet also advises that small and medium-sized watercraft navigate with caution near the coastal perimeter, from Cape Engaño, in La Altagracia, to Punta Mangles in Miches. In addition, for the Caribbean coast, and from Cabo Cabrón, in Samaná, to Punta de Castillo, in Puerto Plata, do not venture offshore due to abnormally large swells and waves.

The agency further urges bathers to use the beaches with caution and be careful at parties. Be mindful and watchful of all attendees to avoid drownings.