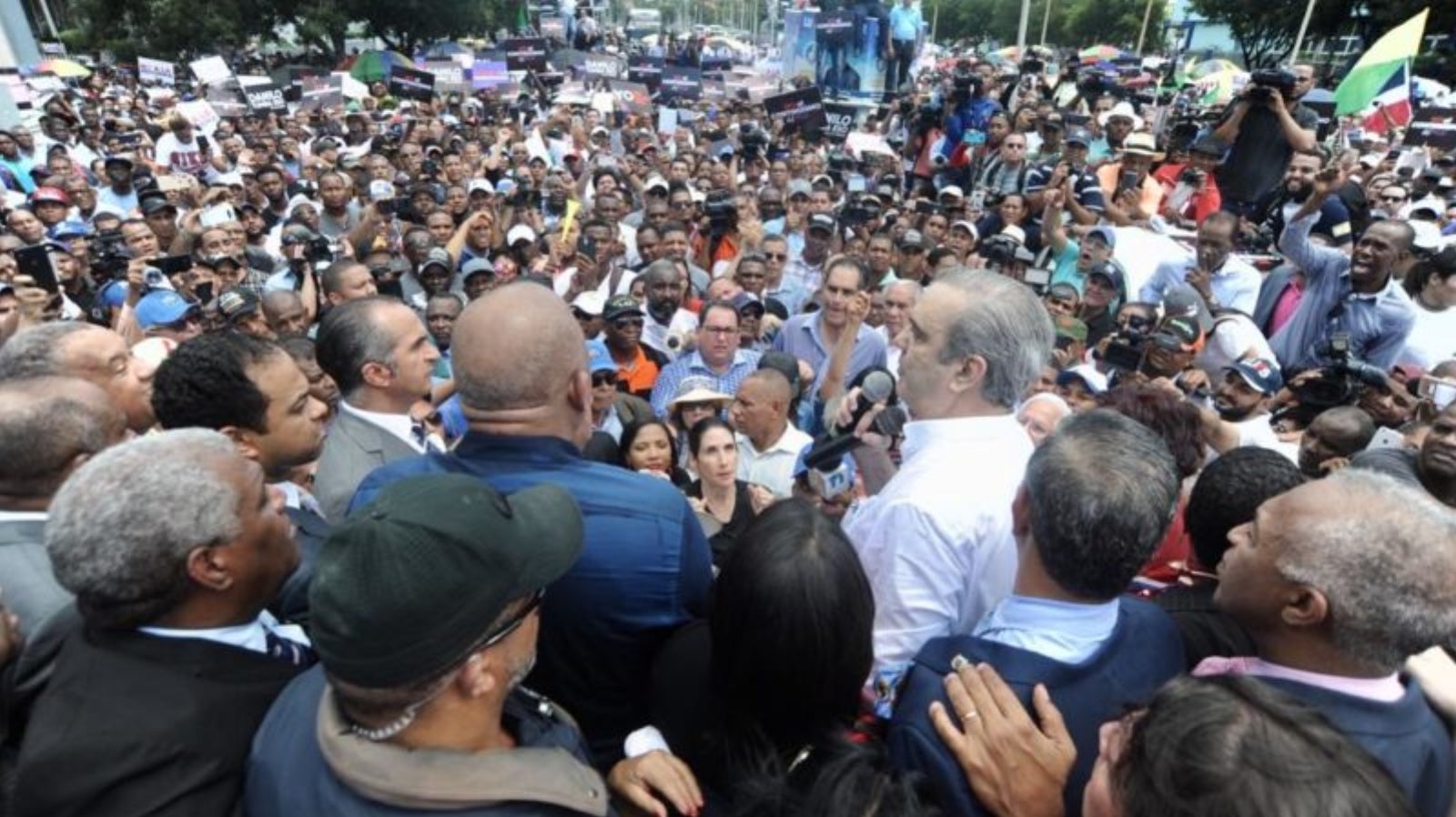 Thousands of Protestants participated in the rallies in front of the National Congress against a reform. Archive

SANTO DOMINGO. -The year 2019 leaves historical events in the political sphere of the Dominican Republic, which reached a level of transcendence that covered beyond the 48,442 square kilometers of this part of the island and its more than ten million inhabitants.

Most of these political events had as main cause the Dominican Liberation Party or its two leaders, former President Leonel Fernández and President Danilo Medina, who involved in a struggle for power led to the division of the organization that has governed so uninterrupted since 2004.

The dispute began in 2015 with the choice of Medina by the Political Committee as a candidate for a second consecutive period.

Among the issues that alerted the dissatisfaction between Fernández and Medina, and that will be inscribed in the national political history, were the demonstrations around the National Congress in rejection of the amendment of the Constitution to allow a third term of the current ruler.

These activities were carried out by followers of the then president of the PLD Leonel Fernández, who led one of those concentrations, bringing together thousands of his supporters.

Prior to the integration of the former governor, the stage was also used by the opponent Luis Abinader, who mobilized thousands of Perremeists.
But not only outside the Congress were frequent confrontations between the official legislators belonging to the two factions.

In the year that ends, for the first time, the Central Electoral Board organizes simultaneous primaries. Only the Modern Revolutionary and Dominican Liberation parties participated in this opportunity, although in principle other organizations were going to choose their candidates through this modality.

From these primaries, the candidate Gonzalo Castillo emerged and Fernández’s exit from the PLD, considering that an electronic fraud was orchestrated to make him lose by adding votes to Castillo.

The results of the simultaneous primaries surprised many, including ex-president Fernandez, who during the process never had the option of losing, however, he lost for the first time in an election.

The accusations of Fernandez caused almost three months of the internal process the Board and the parties have not been able to reach a consensus for the municipal elections that will be held on February 16.

Until after these primaries, it was believed that for the first time the famous “transfuguism” would be left out, allowing candidates to aspire for another organization after losing.

Although it was possible to control this practice thanks to the laws of the Party and the Electoral Regime, there are those who qualify Leonel Fernández as the presidential candidate of six organizations for the elections of next May.

Fernandez militated in the PLD for more than 40 years, and was president of that party for 17 years, in addition to presiding over the Dominican State in three periods (12 years).

After the departure of Leonel, the ruling party has worked on its reorganization, relaunching its internal organizations and activating its Political Committee, which since the division has met frequently, a practice that had been forgotten because of the internal struggle.

During the year 2019, the Modern Revolutionary Party did not have to make many efforts to play its role as the main opposition force, since the internal struggle of the ruling party was responsible for facilitating that function.

Vice President Margarita Cedeño announced support for her husband Leonel Fernández in the primary, so the day the ex-president made the closing ceremony she accompanied him and during the journey, a kiss arose that as if it were something strange, caused a stir in social networks and the media.

Until that moment, Cedeño seemed not to cause any negative reaction to Fernández’s followers, but until at a meeting of the Political Committee, he let him know that he was not leaving the PLD, when he was seen closely with the candidate Gonzalo Castillo and when he asked to reserve one of the internal secretaries of the party. From there the rains have rained against the vice president.

– Tell me and you
will be marked Fernandez’s speech against the PLD and President Medina, as well as the angry response of the President. Also the gesture of solidarity of Leonel after the death of the father of Medina.

—1— Criticisms
The Central Electoral Board was at the center of the debate during the year 2019.
—2— Conviction It
has had to be used thoroughly to meet the demands of the parties after the primaries.
—3— Consensus
A few days after the municipal elections, the JCE and the parties have not reached consensus on the voting method.
—4— Audit
The JCE chose a Spanish company to audit the automated system.