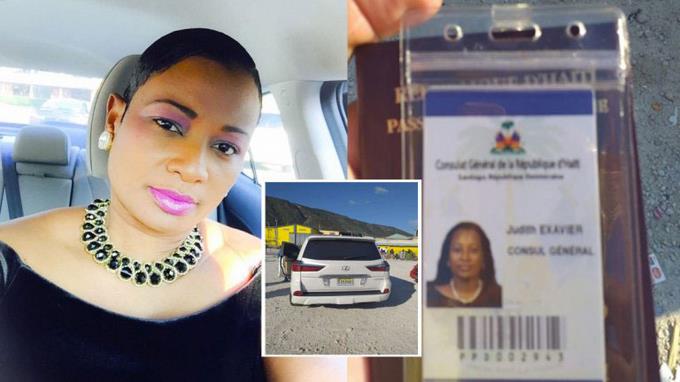 Yudith Exavier, official of the Haitian Consulate in Santiago. 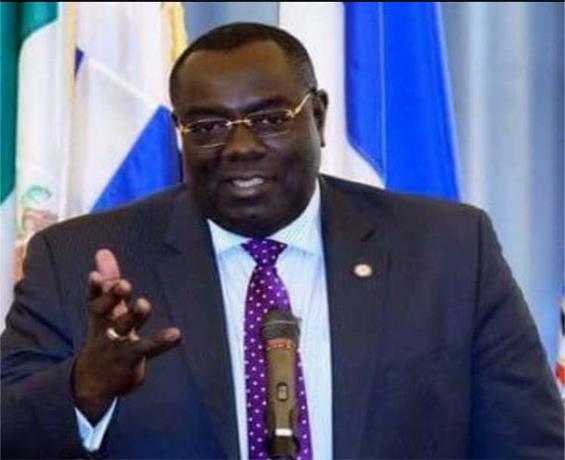 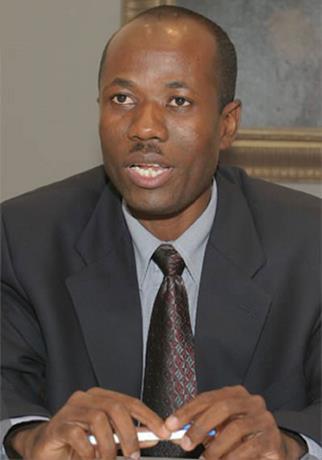 A corruption scandal that involves a large part of Haiti’s diplomatic and consular personnel in the Dominican Republic has erupted in Port-au-Prince, with serious allegations of illegal business based on the status of officials at its embassy in Santo Domingo.

The Anti-Corruption Unit (ULCC) of Haiti seeks the arrest of several officials of the Haitian Embassy in Santo Domingo and has asked the Minister of Foreign Affairs and Culture, Bocchit Edmond, for cooperation in their arrest and forfeiture.

Among those persecuted would be Yves Rody Jean, Judith Exavier, Kerby Alcante Desormaux or Kerby Alcantara Desormaux, the latter with dual nationality, Haitian and Dominican.

All are required to be investigated on “commercial activities and in violation of the Inter-American Convention, the United Nations Conventions against corruption and other international texts, as well as the law of March 12 published on May 9, 2014, on prevention and punishment against corruption.”

However, the head of the Anti-Corruption Unit of the neighboring country, Claudy Gassant, has only formalized two complaints last Monday against the Minister of Foreign Affairs and Culture, Bocchit Edmond, and against Kerby Alcante Desormaux, secretary of the Embassy of Haiti in Santo Domingo, and businessman.

The accusations are direct: to Minister Edmond of “obstructing justice in violation of article 21 of the law of March 12, 2014, on prevention and punishment of corruption.”

And, Alcante Desormaux is accused “of having used several identities, conducting business activities being a Dominican citizen, whose ID number is 224-0036121-2 and at the same time, a Haitian diplomat in possession of two diplomatic passports.”

The accusation against Minister Edmond will come because, despite the efforts of the Anti-Corruption Unit to achieve his cooperation to make documents and reports available to that investigative body, as well as information of which he is in possession for being the superior of the diplomats investigated, has not collaborated and instead would have hindered the inquiries.

Gassant sent a correspondence to the Minister of Foreign Affairs and Cults on the 9th to inform him that a commission of inquiry, duly ordered by the head of the Unit, wished to meet him on the 20th day at 3:00 p.m. at the facilities of the institution located in Rue Sapotille, in Pacot.

In a correspondence dated December 20, 2019, addressed to the Haitian Embassy in the Dominican Republic, the Haitian Foreign Ministry requested that the group be made available to the Unit on Monday 23.

The date changed when the next day Edmond circulated another correspondence saying that “until December 20 the Ministry had not received any summons regarding the officials in question,” so “these officials still enjoy the confidence of the Minister and, therefore, of the government of the Republic of Haiti.”

Conflict for a position?

An informed source of the case explained yesterday that, in reality, Claudy Gassant is not fighting any fight against corruption, but is determined to discredit the Foreign Minister because he is seeking office in an upcoming government.

“He is the director of the Anti-Money Laundering Unit of the Ministry of Economy and Finance, and therefore has no category to convene a minister for interrogation,” said the source, adding that this is the reason why Bochitt Edmond did not go to his call and has left the staff of the Haitian embassy in Santo Domingo calm and supported.

Moreover, because Gassant would have committed an overstepping of his duties by calling a minister for questioning, he is now trying to make the Minister of Economy and Finance himself who asked Edmond for cooperation in the investigation.

The beginning of the scandal

It all began with the arrest of Mrs. Judith Exavier, an official of the Haitian Consulate in Santiago, on the 7th of this month in Jimaní, who was returning to her country in a vehicle that, apparently, was subject to investigation by the United States Drug Enforcement Agency (DEA).

Once the vehicle was retained for that reason, the Haitian embassy in Santo Domingo ordered an investigation that concluded the Lexus LX570 jeepeta had been purchased by Kelvy Alcante from Auto Mayella, in La Vega, who in turn had acquired it from Mr. Juan Rodríguez Santos After having made a conditional sale to the distributor of Commercial Auto Centro 27 vehicles, located on Avenida 27 de Febrero, in Santo Domingo.

After the seizure of the vehicle and before the claim of the Haitian diplomats, Auto Mayella requested through correspondence to the Attorney General of the Republic, Jean Alain Rodríguez, the return of the jeepeta to Rodríguez Santos, because it was “acquired by conditional sale of furniture.”

Reason for the arrest

Although the vehicle occupied by Exavier was supposedly undergoing international search, it was for sale in two recognized “dealers” in the Dominican Republic, he obtained his license plate and license plate, safe, normally, and frequently traveled to Haiti and circulated through the main cities of the island.

The source said that on the 7th of this month when Exavier was going to Port-au-Prince, there was an incident that triggered the scandal: the Haitian counselor was carrying gifts in a donation for needy children in her country and the Dominican authorities inquired about the destination.

The reaction of Judith

Exavier reacted with annoyance and, apparently, it upset the military and security authorities, who before the fact decided to “investigate the vehicle further” and there “discovered” that it was tracked by the DEA.

If we are facing a case of corruption of Haitian diplomacy officials or a conflict over the post of Foreign Minister, we will find out about the evolution of the events in Haiti, because the case has already entered justice and the Foreign Minister is speaking in interviews by various media.

The accusation against Bocchit Edmond is based on the alleged act of “obstructing justice in violation of article 21 of the law of March 12, 2014 on prevention and punishment of corruption.” And, to Alcante “of having used several identities, to carry out commercial activities being a Dominican citizen, whose ID number is 224-0036121-2 and at the same time, a Haitian diplomat in possession of two diplomatic passports.”