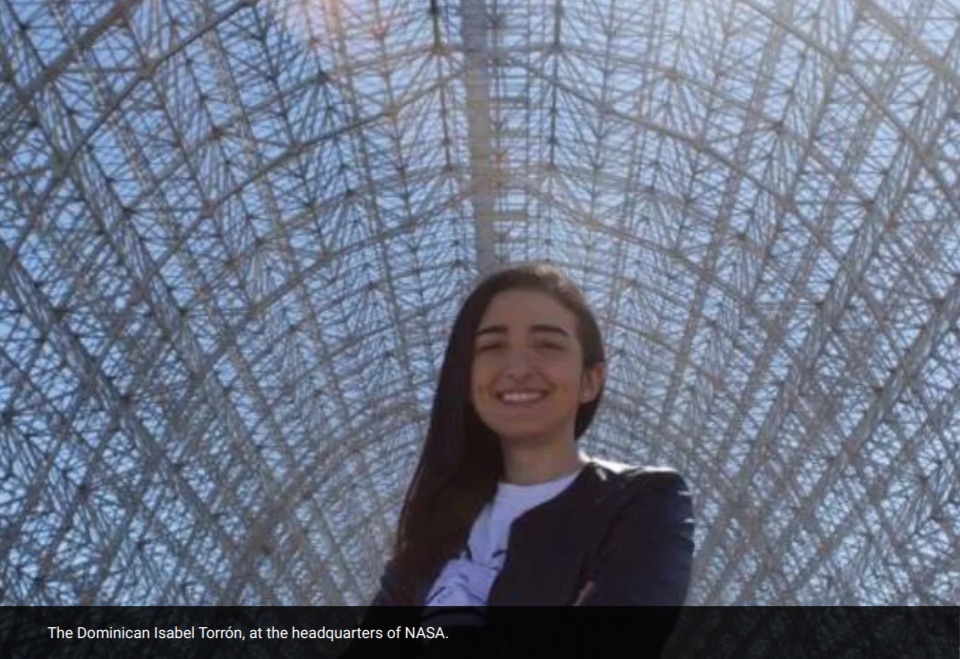 A young Dominican woman, only 23 years old, was selected to occupy a position as a designer in the United States National Aeronautics and Space Administration (NASA).

This is Isabel Torrón, who was born in a neighborhood of Santo Domingo and studies at the Rhode Island School of Design in the United States.

The information is contained in a report by the Spanish version of People magazine, which highlights that the Dominican Torrón is proof that dreams are never too big when you have the will, persistence, and talent.

While Torrón says that when she started her university education at Rhode Island School of Desing, she heard that several classmates had applied to do an internship at the space agency (Nasa), so she also decided to apply for the same internship.

Thanks to her performance and after concluding two internships, she obtained a full-time job as a user experience designer at the Nasa Ames Research Center.

The famous magazine made a questionnaire of four questions to the Dominican in which Torrón explains: For me, thinking about my dreams as goals has helped me to turn them into something tangible. Hence it is more viable to understand what decisions you can make within your current situation to get closer to what you want to achieve.

She affirms that what she enjoys most about her work is being able to be in an environment of such high historical respect that she works to develop and fulfill extraordinary missions.

Regarding her Dominican origins, Torrón explained: “I am from the capital, Santo Domingo. During my childhood, I always found where to scribble and was involved in different art classes. I also had the support of my parents in my professional development decisions.”

She maintains that she was interested in industrial design when she saw that it was the balance between the technical and creative aspects, in addition to its importance in solving problems.