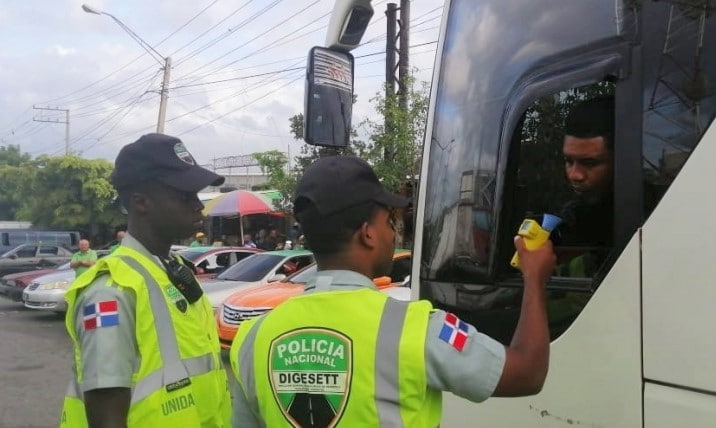 SANTO DOMINGO, Dominican Republic.- The General Directorate of Traffic Safety and Land Transportation (DIGESETT) reported on Tuesday 24 that it conducted 512 breathalyzer tests to the same number of intercity transport drivers, of which only two were positive.

Through a press release, the entity indicated that the breathalyzer tests were conducted on drivers at different bus stops in Greater Santo Domingo, including those of large transport companies.

The two drivers who tested positive for the breathalyzer belonged to the San Juan de la Maguana bus stop, which was notified to the person in charge of the Transport Federation to which they belong. Those drivers were replaced by two other drivers, who made the route to ensure passenger safety.

Another 126 chauffeurs who passed the breathalyzer test belonged to the Yamasa, Monte Plata, Peralbillo, Cevicos, and Guanuma stops.

These tests are carried out with the aim of preventing traffic accidents on the roads during the Christmas and New Year holidays.