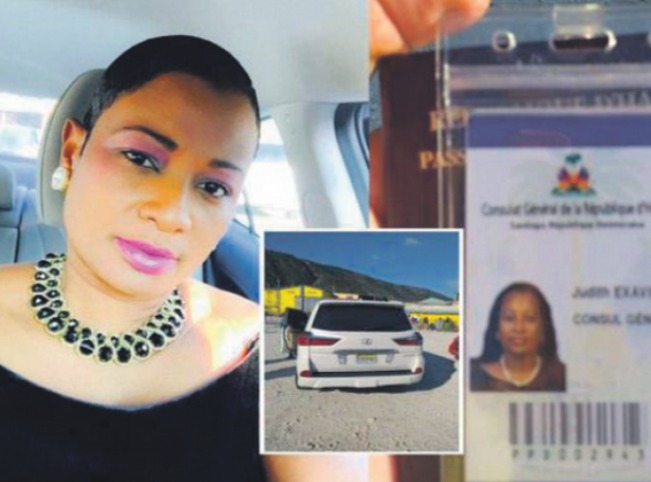 Mrs. Judith Exavier was apprehended in a jeepeta at the border. ARCHIVE

The Dominican Foreign Ministry has not been informed about the corruption scandal involving a group of Haitian embassy officials in Santo Domingo.

This was stated by César Duvernay, Communications Manager of the Ministry of Foreign Affairs, who stressed that this is a case that corresponds to justice and that the Foreign Ministry is only observing everything that has happened.

“We do not have, we have not received any kind of communication in that regard. Only what we have in the media and, obviously, what drives Dominican justice. You know that this is a case that is in Dominican justice,” Duvernay explained in reference to the retention of a vehicle to Mrs. Judith Exavier, an official at the Haitian consulate in Santiago.

The vehicle in which the lady was traveling was in the name of one linked to the network of Caesar the Abuser.

“That Mrs. Judith Exavier is not accredited. Officially, her patent letters have not been sent to her and that is why the visa division has given her the visa because she is required to have a copy of the consular identification card and has not been elaborated for it, because it is granted after she’s been sent the execuátur to the embassy,​​” said Duvernay.

He insisted that the case is only for justice. “It is an obviously judicial situation, and what it has to do with the country, and from the point of view of the investigations that these Haitian entities are doing is a matter that belongs to them as such.”

A scandal broke out in Port-au-Prince this week with serious accusations about illegal business, based on the status of officials at its embassy in Santo Domingo. It involves, in addition to Exavier, other consular officials.