Santiago West has migrants from all the provinces of the country 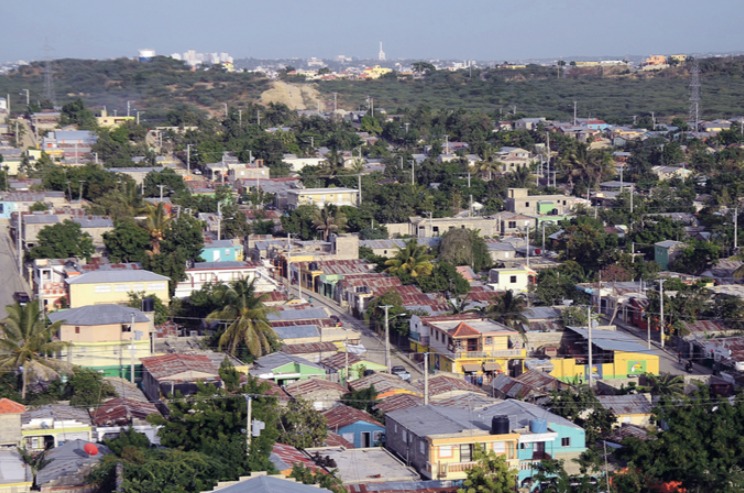 This is an overview of Onelio Domínguez of the new Santiago Oeste municipal district. Seven political leaders of this jurisdiction will dispute on February 16, 2020 the right to be chosen as their first mayor.

The new Santiago West municipal district, which emerged after a struggle of years, has very special characteristics, in terms of population density, social composition, and urban and suburban development.

From the month of April, it will premiere its first municipal authorities, but its political, economic and social leadership advances that it will continue fighting until it is elevated to the municipality.

It is a densely populated area, where some community leaders such as Pedro José Martínez indicate that there are migrants from the 32 provinces of the country, with a predominance of the Cibao fields. In addition, hundreds of Haitians reside.

It has a population of 250,000 inhabitants, more than many provinces of the Dominican Republic. From here about 100,000 adults, men and women, go to work in other areas of the region daily.

Seven citizens aspire to win the district board that will be responsible for organizing this vast area.

Fight for a goal

The Santiago West Municipality Committee has many years of struggle. Hipólito Martínez, one of its leaders, knows in depth the problems and potentials that this area has, according to him, composed of 75 sectors, each with their own names.

The community and political leader indicates that the area requires the next municipal authorities that will assume an intense reorganization work in April 2020, which can be facilitated by the existence of many institutions of varied characteristics in the communities.

He said that in Santiago West there are 120 neighborhood meetings and the informal economy predominates, “with a highly entrepreneurial population.”

An important part of those who work in the free zones Pisano, and the main one, Víctor Espaillat Mera, are from the Cienfuegos neighborhood and its surroundings.

The town that houses a quarter of a million citizens, where there are areas with extreme precariousness, has five Catholic parishes, a Federation of Evangelical Organizations and a considerable number of groups of all kinds.

It also has several routes of collective transport and concho with their respective stops and has taxi services at all times.

There are many evils that affect this area, which is now organized to have a town hall that will begin the process of rearrangement at all levels, especially in urban planning, and faces serious problems in vital services.

The spokesperson of the Santiago West Municipality Committee states that the main evils that afflict the area and need urgent action are the control of wastewater, integral management of solid waste, construction of sanitary sewage and addressing the pollution of the Eco Park, in particular in the sectors of the southern part.

The community leader of Cienfuegos and director of the Department of Pediatric Mayors of the City Council of Santiago, Pedro José Martínez, understands that the new building agency of Santiago Oeste must work immediately to produce an urban organization in the area.

He said that in recent years there has been a “very chaotic” growth, where some 25 makeshift neighborhoods have emerged, with many problems and lacking essential services.

Martínez affirms that the authorities must promote the conditions so that the municipal district, which aspires to become a municipality, has its own industrial sector since the inhabitants must go to work in the nearby free zones and are not sources of collection for the New Town Hall.

The community leader indicates that the highest poverty rate in the Santiago province is concentrated in Santiago West, due to the large migration, especially in the rural areas of the region.

Those who aspire to lead the new municipal district come from the parties and community groups.

Everyone promises to make this district a developed, safe, clean and united area.