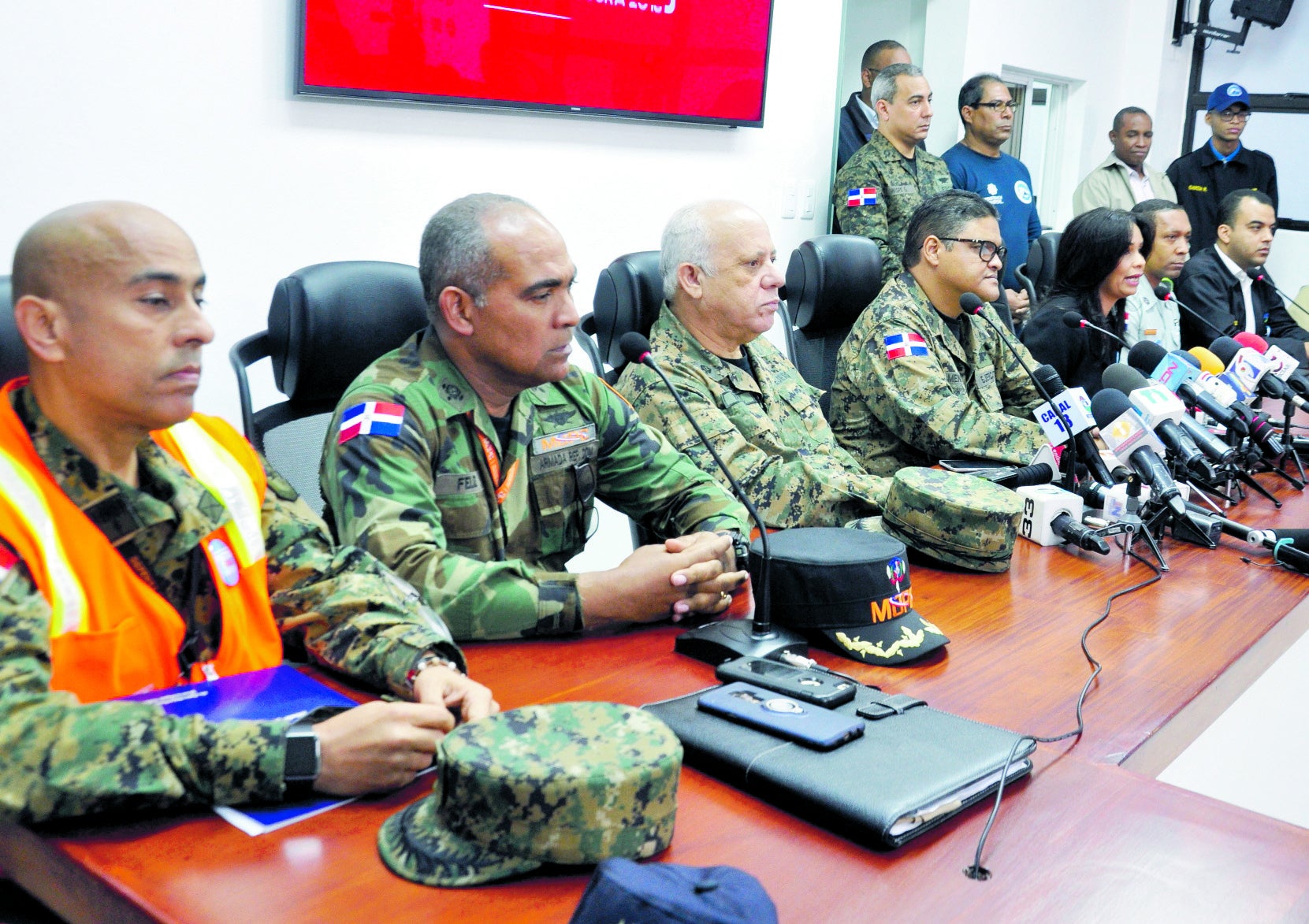 Datalles were offered at the headquarters of the Emergency Operations Center yesterday morning. Archive

SANTO DOMINGO. -The Emergency Operations Center (COE) started yesterday the second phase of the operation “Pacto por la Vida, Navidad Segura 2019,” for which the reinforcement of the provinces where the greatest number of incidents occurred.

In making the details of the preventive plan known, the director of the COE, General Juan Manuel Méndez, explained that the towns that will be reinforced are Santiago, Santo Domingo, the National District, El Seibo, La Vega and San Cristóbal.

“From today until Wednesday, January 1 at six in the afternoon, more than 40 thousand people will work to prevent traffic accidents, food poisoning, and alcohol poisoning,” Méndez said.

He added that citizens also have 1,927 aid stations, located in critical points of the country. Likewise, 141 ambulances, 3 helicopters, 97 Immediate Response Units (URIs), 13 roadside protection and assistance devices, 9 Regional Command Centers and 13 mobile workshops will be distributed within the perimeter of the operation.

Due to the end of the year celebrations, the National Institute of Traffic and Land Transportation (Intrant) arranged in coordination with the municipalities to close Lincoln Avenue between the sections of Andrés Julio Aybar Street and Paseo de los Locutores Street.

Also on George Washington Avenue, from San Gerónimo Street to Socorro Sánchez. Likewise, Spain Avenue due to the high concentration of people between BLVRD Avenue from Faro to Colón to United States Avenue.

Similarly, Venezuela Avenue, between Bonaire and Rotary Club streets, and in the Don Bosco sector, Cotubanamá Street will be closed, between February 27 and Esperilla avenues, and to Monsignor Ricardo Pitti, between Bohechio and San Francisco.

The Institute of Transit and Land Transportation prohibited the movement of cargo vehicles throughout the national territory from today, starting at noon (12:00 PM), until Thursday, January 2, 2020.

In addition, the Intrant prohibited the transfer of more than two people on motorcycles and specified that both occupants must wear a protective helmet.

The director of the Emergency Operations Center called on the population to listen to the recommendations of the civil protection agencies, especially parents or guardians of minors who do not allow their children to consume alcoholic beverages.

During the commissioning of the second phase of the operation, the deputy director of the General Directorate of Traffic and Land Transportation Security, Milton de León Peña, said that the agency will have more than 2,700 agents, 329 motorcycles, 105 vans and 37 cranes for providing support in the operational areas provided by the COE.

At the end of the first phase of the operation, relief agencies reported 12 people killed in traffic accidents during the Christmas Eve and Christmas holiday, eight of them in events involving motorcycles.

In the same period, 95 traffic accidents were recorded, in which 125 people were affected.

It should be noted that during the same period, but in 2018, 11 people died during the 103 traffic accidents reported by the COE.

As for alcohol poisoning, these fell by 40% compared to the same holiday of 2018.

The report details that during the first phase of the operation 214 people were affected by the intake of alcoholic beverages and 143 by food. Around the assistance, a total of 16,914 reports, of which 5,926 were given on the tracks and 10,998 were doctors.

Logistics and deployment of operating
–Operatividad
Some 40.433 people between brigadiers, doctors, paramedics, military, police and search and rescue specialists are part of the logistics of the COE.
– Support
The COE has the support of the Ministry of the Presidency, Administrative of the Presidency, Defense, Interior, and Police, Public Works.