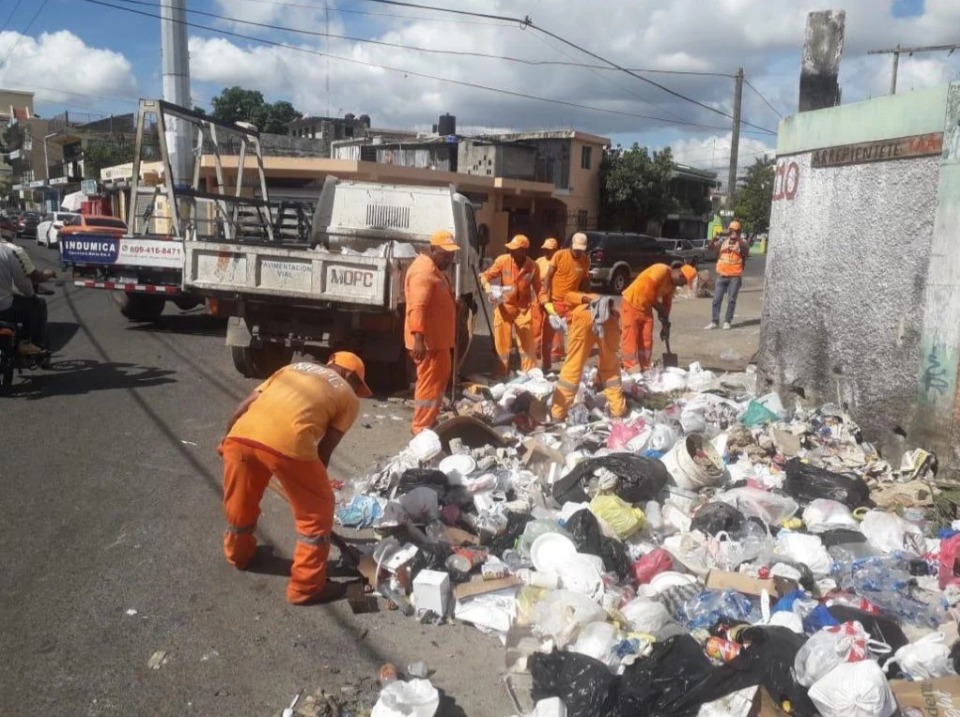 Santo Domingo.- The first phase of the “Clean Christmas Operation” has already removed an average of more than 700 tons of solid waste in Santo Domingo East, which is jointly coordinated by the Ministry of Public Works (MOPC) and the City Council of this municipality, along with other institutions, with the objective of intervening in the collection of garbage, debris, and waste from the streets, in order to avoid diseases and create a generally cleaner environment.

For such purposes, the MOPC, City Council, and other institutions are involved in the collection of garbage with trucks and collection personnel, cleaning and subsequent fumigation to prevent the spread of diseases. In addition to the MOPC, contractor companies and the Army of the Dominican Republic (ERD) also participate.

Among the sectors and avenues involved are Villa Duarte, the perimeter of Faro a Colon, the perimeter of the Mines Market, Cachón de la Rubia Sector, Come and Bebe Sector. For these purposes, 16 trucks of 3 mʒ (105 cubic feet) volume were used; 5 Dump trucks of 15 mʒ (530 cubic feet); 1 mini loader, 1 retro shovel, and 1 front loader. 132 support personnel were employed, 102 belonging to the MOPC brigades and 20 to the ERD.

Residents of the municipality consulted said they were satisfied by the prompt intervention of the authorities during this Christmas and New Year period to avoid the proliferation of diseases.

The operation is divided into three phases: the first includes the disposal of landfills and cleaning of avenues and main streets, planned to take place from December 28 to January 15, 2020. The second includes the continuation of street cleaning from January 16 until March 15, 2020, and the third, final cleaning and maintenance, from March 16 to April 30, 2020.