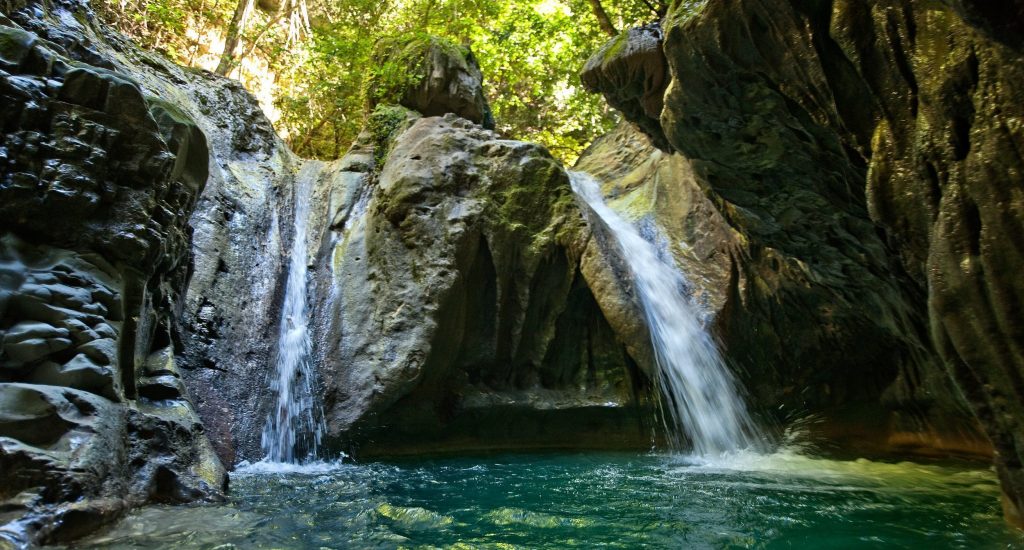 PUERTO PLATA  A Total of 120,000 hikers visited the jumps Damajagua Natural Monument in 2019 exceeding the visitation during the same period received in 2018 by 4%.

The information was Offered by Roberto Luis Gómez Santana who is the administrator of the ecotourism attraction located in the western part of the province, by weighing the increase in visits there for the ninth consecutive year.

He explained that with the economic income from visits to the jumps Damajagua Natural Monument, they allowed significant improvements within the area of ​​public use, among which the total construction of the first section of the trail, the production of clean energy through of solar panels and the construction of pedestrian bridges.

Similarly, 400,000 square meters of land were acquired for conservation, infrastructures were built for horses used in first aid work and are in the final stage a modern pedestrian bridge built over the Bajabonico River.

Santana Gómez said that the viaduct built by the Ministry of Tourism has all safety standards and allow hikers to move without difficulty to the Damajagua River and its spectacular pools and refreshing waterfalls.

Also, for the second consecutive year it continued monitoring the populations of Solenodontes (Solenodon paradoxus) within the protected area that, being very relevant data on such genuine species of our wildlife is endangered.

The commercialization of the Route Buggie Damajagua was also started, which consists of a walk through the communities surrounding the monument, including the municipality of Altamira, which has been a pleasant experience for the more than 2,000 adventurers who have made the excursion.

Through a consulting company, during 2019 the situational diagnostic of the monument was made, the visitor’s regulations, the diagnosis of public use, estimation of tourist load capacity and the update of the management plan was initiated, an essential tool for the management of the protected area.

In terms of security, the donation of an ambulance was received and the guides in first aid and water rescue were certified through an international company, the construction of a first aid module in the visitor center was also started to provide better services to our hikers.

The community of Los Guzmanes was provided with energy, the We Damajagua 2019 sports tournament was sponsored with the participation of eight teams from several communities, two basketball courts were built next to the Imbert Municipal Mayor’s office in the communities of La Ceiba and Baraguana, in addition to other significant donations.

During the past year, the Natural Monument jumps Damajagua was recognized nationally and internationally, managing to remain in the Advisor Hall of Fame, as the number one tourist attraction in the northern zone of its kind.

The Ministry of Tourism recognized the project in the line: “Marketing and Promotion of Tourism Offer” it also was recognized by the Puerto Plata subsidiary of the Tourist Press Association (ADOMPRETUR) and the Provincial Directorate of Tourism to commemorate the World Day of Tourism.

Other awards were presented by the Organizing Committee of the Patron Saint Feast of Our Lady, the Provincial Committee of Puerto Plata resident in Canada, the Victor Arias Sports League, the provincial Department of Environment of Montecristi, the community of La Ceiba and other entities.

The Natural Monument jumps Damajagua is a natural treasure that is part of the National System of Protected Areas of the Dominican Republic (SINAP), which is managed through a co-management agreement between the Ministry of Environment and the Association of Life Guides from the Damajagua River.

Also, it is part of the modality of administration of a sustainable community eco-tourism attraction, the Ministry of Tourism, the Association of Hotels of Playa Dorada, Provincial Government, Municipal Mayor’s Office of Imbert, among other entities.