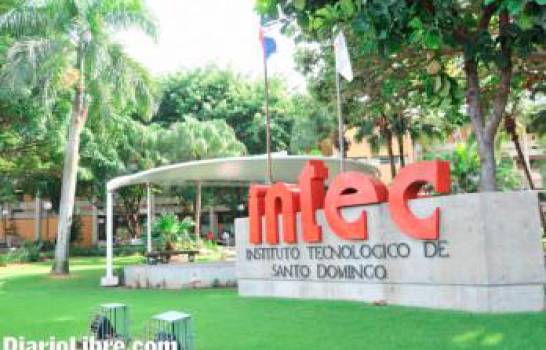 Scientific research is an indicator of the quality of processes in the university environment. (FREE DAILY ARCHIVE)

Scientific research is increasing in the country and universities are moving in the right direction.It is a matter of betting on a public-private linkage and articulation model that strengthens the higher education system.

The statement is from Víctor Gómez Valenzuela, Vice Chancellor for Research and Linking, of the Technological Institute of Santo Domingo (INTEC), who said that the progression is modest, but it already marks a trend of where universities should move.

So far the direction is one that ensures that leadership in patents and the linkage or contributions of the university to industry and knowledge contributes to the development of the country.

In the case of INTEC, the academic researcher explained that of the 50 universities that exist, it leads beyond any reasonable doubt, with approved flow of about 70 active research projects, including 30 of transfer or connection with productive sectors.

One of the patents, which is his favorite, is about the Lithium-ion battery (those used by cell phones and electric cars), which prolongs efficiency by 98%.

It is a patent that was worked in the nanotechnology laboratory of INTEC.

“Another patent that is super interesting, which was also granted in 2019 is a new urban wind turbine, a turbine to generate electricity in human environments.” —Víctor Gómez Valenzuela Vice-Rector for Research and Linking, INTEC.

In the management of innovation and intellectual property, the academic entity dominates the scientific publication with 30 articles arbitrated and indexed in the Scopus and webindisite database.

It also has a very active agenda in patents: today they have ten applications and about seven granted. That is the largest number in the entire higher education system in the Dominican Republic, according to Gómez Valenzuela.

According to the Vice-Chancellor for Research and Linking, of the seven patents granted, three were achieved in 2019. One is in the process of transfer.

“That, really, is impressive numbers, not only in the Dominican Republic but in the Central American and Caribbean context,” said the Vice-Chancellor.

At the end of the year, they worked with a first patent transfer exercise. It is an automatic cassava grater, for the manufacture and processing of produce in the area of ​​Monción with local producers.

The device will save time and prevent people from cutting or chewing while doing their job.

The first INTEC patent, an automatic heating catalyst in internal combustion engines, developed by the students Francarlos Esteban Bencosme Ferreras and Keyron Figueroa Guichardo, which was given a lot of publicity, is under negotiation.

On the matter, Gómez Valenzuela said that it is a very secret stage because there is a matter of economic and moral rights that have their own dynamics and that, through the innovation center, is channeled through a negotiation phase, which sometimes takes a long time, but at the time it materializes it will be communicated in a timely manner.

“Normally, not all patents can be transferred. Now, what universities do is make sure that all the effort in innovation, can reach the productive sectors or companies, to create value in their production activities, fundamentally,” said the researcher.

“Another reason that not everything can be transferred is that there is a lot of technology that is in a competitive phase and take it there, it is a very complex phase in which you are in a learning process in the Dominican system and the region, in general sense,” explained the vice-chancellor of INTEC. The academic said that the institute develops the most intense research agenda in the country and that the approved patents are the indicators of inputs and products that demonstrate it.

Dominican Republic universities are weak in the area of ​​research

INTEC, according to its authorities, leads the way in research projects. ( FREE DAILY ARCHIVE )

INTEC has six observatories, several research centers, five advanced research laboratories and six indexed academic journals, including Science and Society, one of the oldest in the country.

Despite all this and other research that shows recognized universities, the country continues to occupy the last places in the international ranking in terms of scientific research, indicators of the quality of processes in the university.

“The problem is in the generators of research results. Although we have greatly improved scientific activities, we have enormous challenges in the indicators of scientific articles published in refereed journals and indexed in databases such as Scopus or webindisite. We are still low in the results, there is a substantial gap,” recognizes Gómez Valenzuela.

The articles indicate that in terms of research, the country has inputs, resources, research capabilities, academic staff, infrastructure, and financing.

He hopes that gradually in the next few years they can move forward and clarifies that it is a gradual process because now it is that the inputs are being formed and one goes hand in hand with the other and that to achieve this you must have more professors with a doctorate because less than 6% of the professors have a Ph.D.