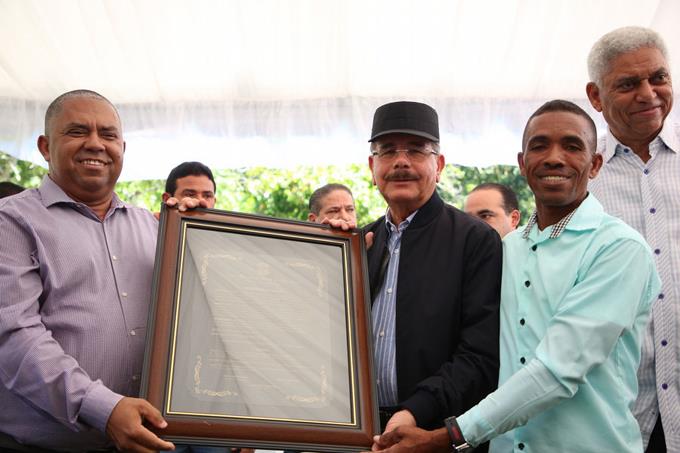 President Danilo Medina met yesterday with small producers in this municipality, whose proposal for the promotion of coffee, cocoa, and avocado was known and welcomed by the head of state.

According to the Dominican Government, the project will benefit 112 small producers organized in the Association of Farmers and Coffee Growers La Nueva Idea del Tablazo, in the El Tablazo community, founded in 1986.

The members of the Association of Farmers and Coffee Growers La Nueva Idea del Tablazo have a total area of ​​6,070 tareas or “tasks” which are workable plots of land, of which 100% have an agricultural vocation; however, they only have 1,500 sowed cocoa and avocado.

They requested solidarity financing for 26 million pesos, of which around 9 million will be provided through the Special Fund for Agricultural Development (FEDA), and the rest will be donated.

“We are going to help them to earn better pay,” President Medina said about the conditions in which small producers will receive solidarity financing at the lowest market rate.