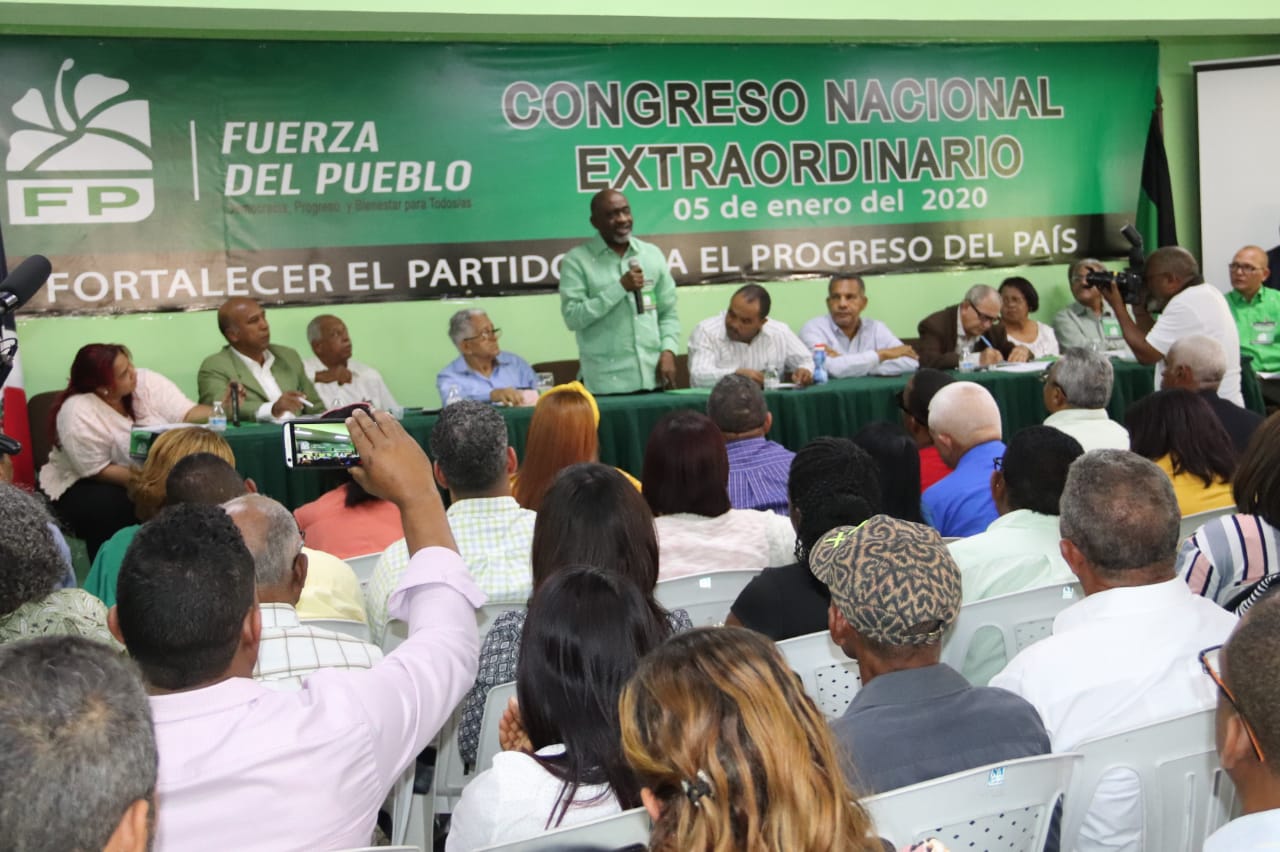 Santo Domingo- In an act attended by delegates and representatives of the Central Electoral Board, La Fuerza del Pueblo (FP) held its extraordinary national congress on Sunday that revolved around 3 points, which will directly influence the way in which that organization will be conducted.

The words of welcome were given by Esteban Díaz Jáquez, who assessed the attendance of delegates in more than 76.81% of the enrollment as positive, and reflected on the role played by the Dominican Workers Party (PTD) during his 39 years of public life and its contributions to democracy.

He took the opportunity to call on Dominican society so that in the next electoral elections they put the interests of the country above the individuals, and thus have a more just and equitable society for the new generations.

In the activity, the modification of article 4 of the party statute regarding the flag, symbols, motto, and anthem of the party was approved. The modification will include the following changes: The flag of the People’s Force (FP) has the color green, the symbol is the cayenne flower according to what is established in the brand manual approved in the congress and under these acronyms (FP ) in white color inside a black rectangle.

The agreement was also approved for the preservation of democracy and institutional rescue in the Dominican Republic, signed between Leonel Fernández, president of the FP and Antonio Florián, general secretary of the organization, the agreement was approved on October 20, 2019, so that hereafter expresses the following: increase in the number of members of the Central Committee up to 650 people.

“This Extraordinary National Congress is the beginning of the construction of a new political force, which, based on the revolutionary and renovating tradition of the PTD, in the democratic and transformative vision of Leonel Fernández, will be linked to large sectors of Dominican society, with the objective of achieving the dreams and desires of the founding fathers, of Professor Juan Bosch, Manolo Tavares and other fighters for freedom, democracy, and social progress,” said the political leader.