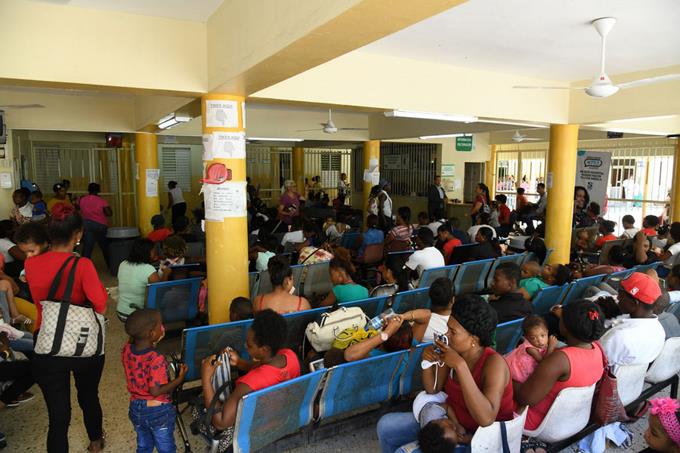 Although the hospitals started the year with a low presence of patients, respiratory conditions have been the main causes of consultations and emergency services offered in the main pediatric centers of the country during the first days of the recently commenced 2020.

In the adult population there is also an increase in respiratory conditions attributed to viral processes, the result of the circulation of respiratory viruses influenza A H3N2 identified mostly in the provinces La Altagracia, San Pedro de Macorís and Azua and influenza B, with greater presence in Santo Domingo and the National District, according to the epidemiological report of the Ministry of Public Health.

Meanwhile, cases of dengue, a disease that during 2019 kept occupying the majority of hospital beds, recorded a considerable decrease in the first days of the year, according to the behavior observed in the emergency services and income of children’s hospitals Robert Reid Cabral, in the National District and Hugo Mendoza in Santo Domingo Norte.

Although the presence of children with fever and respiratory congestion is within the demand for attention expected for this time of year when there are slight lows in temperature, which extends until the month of March, doctors Clemente Terrero, deputy director of the hospital Reid Cabral and Dhamelisse Then, director of Hugo Mendoza, agree that families must adopt protective measures in children, especially those under five who are the most affected.

They recommend not lowering the levels of hygiene, keeping children warm especially at night, not exposing them to crowded places, vaccinating them, not self-medicating them and in the presence of fever, frequent cough and some type of difficulty breathing, see a doctor immediately.

An increase in respiratory disease cases is also visible in adults. According to the epidemiological report of week 50, which collects data up through December 14, through sentinel surveillance in the last four weeks, circulation of influenza A H3N2 respiratory virus was identified in La Altagracia provinces, San Pedro de Macorís and Azua and influenza B in Santo Domingo and the National District.