Meteorology forecasts scattered showers and pleasant temperatures for this Sunday 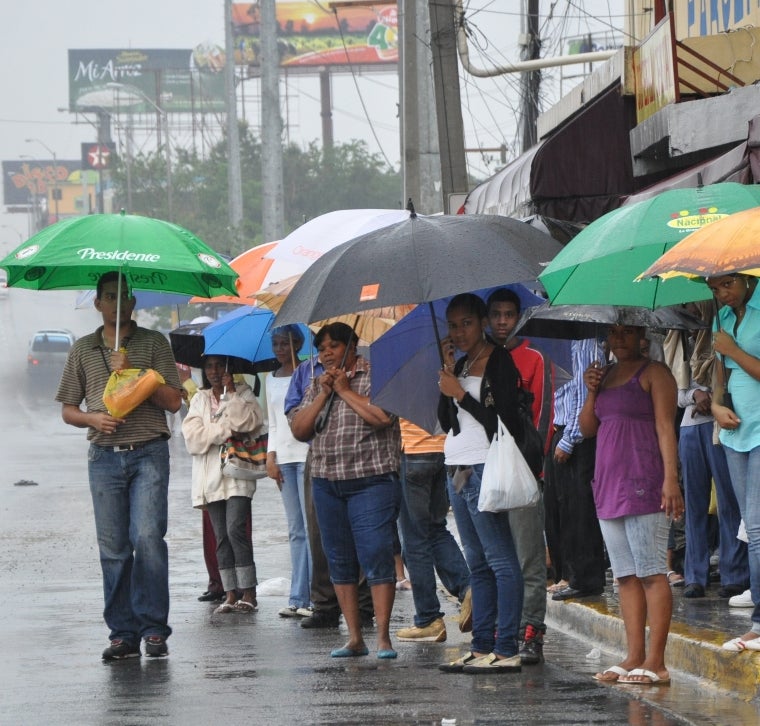 SANTO DOMINGO.- The National Meteorology Office (ONAMET) predicted scattered rains and wind gusts this Sunday, due to the influence of a frontal system located near the north coast of the Dominican territory.

The rains will be more noticeable in the northern, northeastern and Central Cordillera regions, with the expectation that they extend over the course of the afternoon to some points in the southeast including Greater Santo Domingo.

According to Onamet, these conditions will be present mostly until the early hours of the night and then an extended period of scattered clouds and little rain will prevail in much of the country.

On Monday, the beginning of the workweek, the frontal system will move away completely from this territory, however, in the afternoon and evening, a band of moisture associated with a new frontal system will combine with the humidity provided by the east/southeast wind, and will produce occasional cloudy increases with scattered rains and gusts of wind in some points of the northeast, southeast, southwest, central mountain range and Greater Santo Domingo regions.

For this Tuesday, the frontal system will be approaching the northwest coast of the Dominican Republic causing an increase in cloudiness with rains, being able to moderate locally, possible thunderstorms and gusts of wind from the afternoon and evening, especially on some points of the northwest, north, northeast, central mountain range and the border area.

The recommendation on the Atlantic coast continues for operators of small and fragile vessels to remain in port, from Manzanillo Bay (Montecristi) to Cape Engaño (La Altagracia), and from Cape Engaño to Saona Island.

On the Caribbean coast, from Cabo Rojo (Pedernales) to Saona Island they should sail near the coast due to abnormal winds and waves.

Temperatures will feel pleasant tonight, early morning and until the early hours of the morning, due to the moderate northeast wind and the time of year.

National District: Partly cloudy to cloudy with scattered showers and gusts of wind.