Dominican chef will represent the country in culinary olympics in Germany 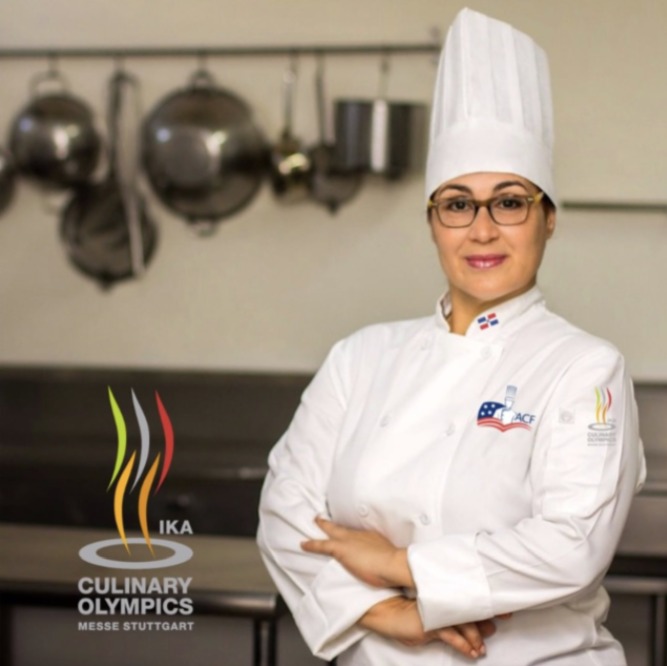 Chef Ana Lebrón , qualified to represent the Dominican Republic in the 2020 culinary Olympics, IKA, which is the most important international culinary competition with the greatest tradition worldwide, and will be held from February 14 to 19, 2020 in Stuttgart, Germany.

For those who did not know is the “Countess of gastronomy,” since its subtle and at the same time strong and convincing form reaches a union lineage that all of the sectors give distinction and recognize its great trajectory of more than 30 years in cooking and in turn to dedicate more than a decade to enter the world of culinary competition.

The IKA/Olympiad of Chefs is the oldest and largest international culinary art exhibition, which will take place for the first time in 2020 as part of Intergastra in Stuttgart, where around 2,000 chefs and confectioners from more than 60 nations compete with each other and show their culinary creations, the fair competition has created new culinary trends for 100 years, the German Chefs Association is already organizing the 2020 international team competition in its no edition. 25.

The culinary Olympics, Ika, are the most relevant event for the gastronomic sector comparable to the World Cup, for four days around 2,000 chefs and confectioners from more than 60 countries, will compete with each other and set new gastronomic trends.

The Dominican Republic and Mexico will be the only Latin American participants in this world competition. “For our country, it will be the first time that it will participate in such an important competition format where local talent will be tested, Dominican products will be announced, but above all, it will strengthen our country brand, by placing our flag on top of the global gastronomic competition,” said Lebrón

The great work that this cook has been doing, which has cooperated in all the competitions in the DR, as director of the Culinary Cup of the Americas, has also competed and won for our Dominican cuisine, in other countries, likewise investing time and resources to improve every day the techniques necessary to compete against professionals who only dedicate their culinary career to compete and we hope that with all her efforts she will be the first woman to bring a gold medal for the country in the biggest competition in the world.