Crime: The evil that most worries people 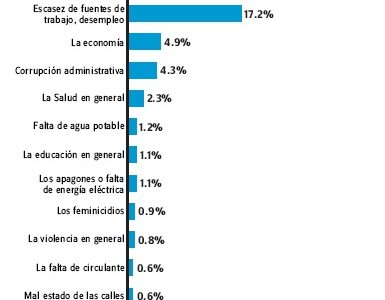 Crime continues to occupy a predominant position among the societal ills that affect Dominicans. For 70% of the population, crime is the main problem of the country, according to the data produced by the first Gallup-Hoy survey this year.

The same seems to express more than 70% of residents in the metropolitan area and other urban areas, as well as segments of the population aged 25 to 34, and 35 to 44.

The very high perception that the majority has of crime does not vary by political sympathies, gender, or geographical areas.

Other difficulties pointed out by citizens, although to a lesser extent, are unemployment and the high cost of living: one-third of the population considers them as the main problems of the country.

For 19% it is inflation and for 17% the shortage of jobs. Less than 5% of the population indicates administrative corruption, health, lack of drinking water, education and lack of electricity.