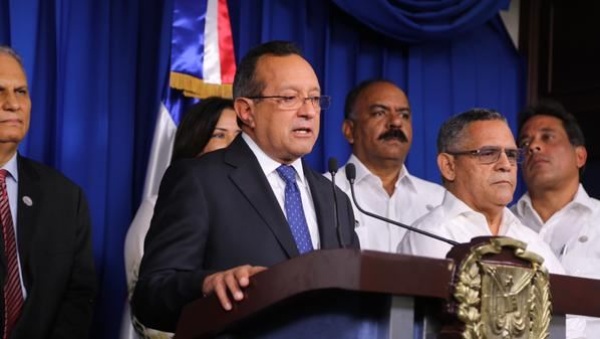 Santo Domingo.- If there’s one issue that has dogged president Danilo Medina’s both terms in office, it’s the environment.

He faced wide rebuke when he tried to exploit Loma Miranda, in Dominican Republic’s Central mountains; the gold and copper mine in San Juan (south) by Canadian firm GoldQuest; illegal farming in Sierra de Baoruco National Park (southwest) and when in 2016 around 400 farmers squatted in Valle Nuevo National Park, Constanza.

Now Medina is again in the spotlight for granting a permit on January 14, 2020, issued by the Environment Ministry, authorizing Proyecto Bayahíbe Leaf, SA., to build nearly 300 rooms in a protected area.

The hornet’s nest unleashed two days ago forced Medina to backtrack and ordered all construction suspended within the Guaraguao-Punta Catuano National Recreational Area.

On Tue. the Protected Areas Defense Coalition filed two appeals before the Superior Administrative Court, one to annul the construction permit and the other for a cease-and-desist until the main claim was heard.

Other opponents however demand a “definitive no” to the Bayahibe Leaf project in eastern La Altagracia province.