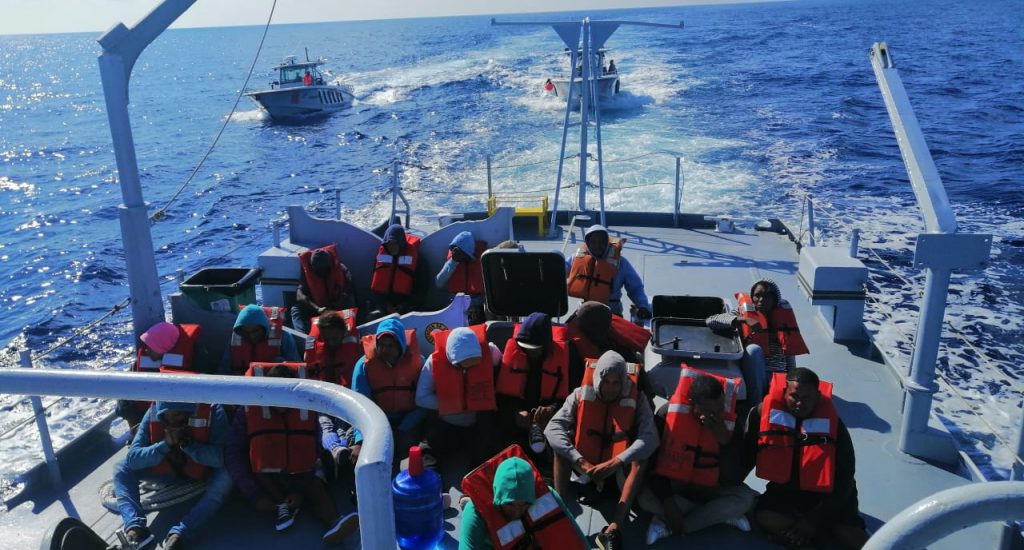 SANTO DOMINGO.- Dominican and US authorities stopped a surreptitiously-made vessel with 53 undocumented migrants who tried to travel illegally to the neighboring island of Puerto Rico.

The Dominican Republic Navy reported the operation carried out jointly with the United States Coast Guard 21.5 nautical miles northeast of Cabo Engaño, where they intercepted the vessel occupied by 41 men, of which 39 are of Dominican nationality, two others were Haitian nationals and 14 were Dominican women, two of them pregnant.

According to one of the illegal travelers, the group left at approximately 10:30 a.m. on Friday from Cape Samana, Dominican Republic, a press release said.

As for the vessel detained, it was sunk at the scene, being deemed unseaworthy, while the detainees were transferred to the dock of Cap Cana, Punta Cana, and taken to the Juanillo detachment, belonging to the institution.

There they received medical assistance from the National Emergency and Safety System (911) for presenting dehydration, although all are in stable health conditions.

Subsequently, they will be handed over to members of the Naval Intelligence Division (M-2) of the Navy to carry out the corresponding investigation on the case.