Official who ordered attacks on journalists a ‘part of machinery’ 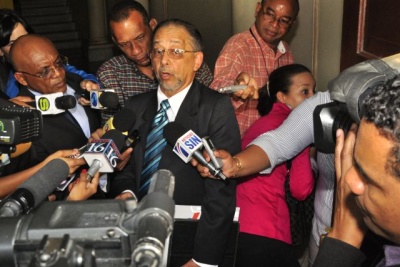 Santo Domingo.- Outspoken journalist Huchi Lora on Fri. said it would be a mistake to request the resignation of Presidency Social Plan director Iris Guaba, who in a WhatsApp audio tells her followers to attack him and Altagracia Salazar because they questions the millions spent to buy appliances to hand out before the Feb.16 elections.

For the veteran journalist, Guaba “is a part of a machinery to govern, and that machinery works like that.”

Lora, who is bedridden at home after a fall which required surgery, spoke after the official accused him of opposing the Government’s antipoverty policies.

He urged people to take what the Social Plan is giving because it’s part of what they collect in taxes.

He said the government’s social assistance he says is around 800 to 1,000 pesos should be increased, since household staples are around 30,000 pesos per month.

“If they give you, the poor, take it, you know why, because you are not doing anything wrong, because what they are giving you it’s a small return of what they take away from you every day, every hour, every minute,” Lora said in his program El Dia.