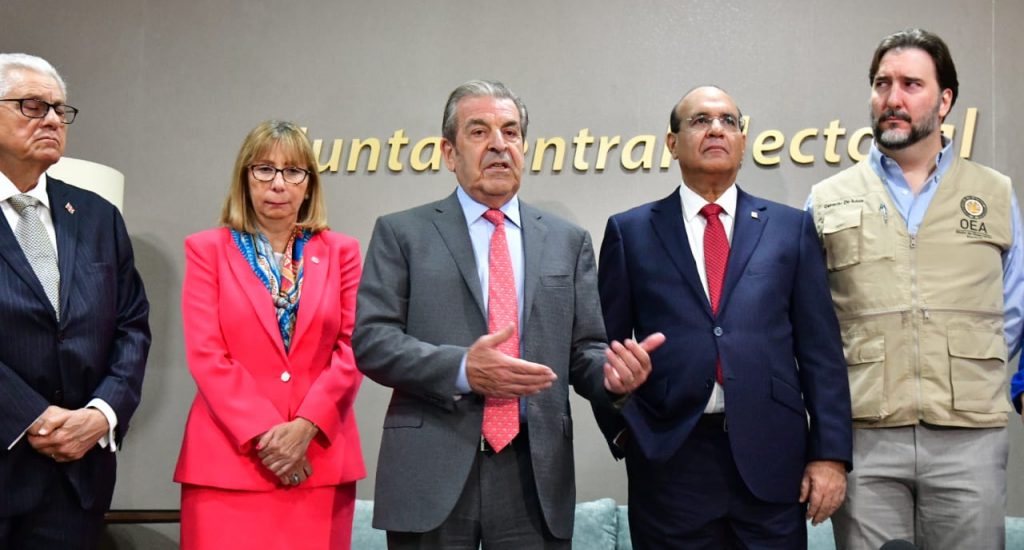 Santo Domingo.- The opposition parties on Wed. denounced to the Organization of American States (OAS) a series of electoral irregularities allegedly committed by the Government during the electoral process.

The bloc met with the head of the OAS observers mission that will observe the municipal elections, former Chilean president Eduardo Frei, to whom they delivered a document stating the alleged irregularities committed by the Government and the ruling party, PLD.

Among the reported anomalies figure the use and abuse of state resources, acts of political repression and threats against opposition candidates and public employees.

They also denounced government actions in order to “change the sovereign will.”