Drugs are scarce due to influenza increase 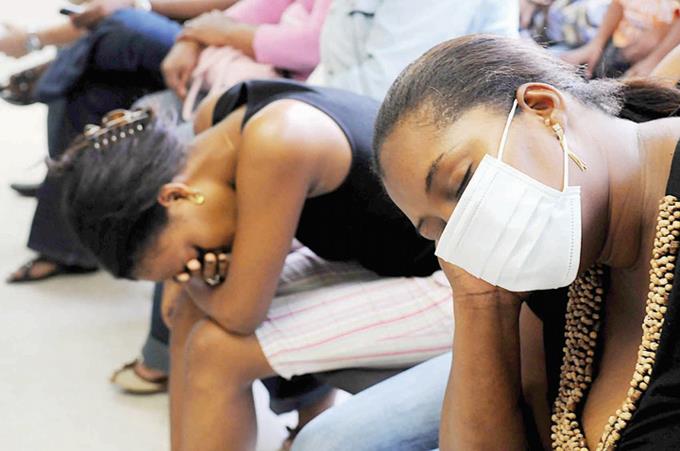 President of Andeclip, Rafael Mena, says that patients with respiratory viruses are "two for chele" in the clinics

The increase in people affected by respiratory viruses or influenza in the country is not only straining the response capacity of clinics and hospitals, which are seeing increased demand for care but has caused a shortage in private drug pharmacies that stock the Oseltamivir medicine, recommended in the treatment of influenza AH1N1.

Although this treatment must be used under a medical indication protocol, the population’s demand in pharmacies has exceeded the supply, further complicated by the fact that the three commercial houses that supply the product are not responding promptly to their requests, since the demand for it is not only registered in the Dominican Republic but in many other countries, where there are also influenza outbreaks.

Oseltamivir belongs to a group of medicines called neuraminidase enzyme inhibitors, which prevent the spread of the flu virus inside the body and help relieve or prevent the symptoms of influenza infection. The normal cost at the private level is around 1,600 pesos, but at high demand, it is between 3,700 and 4,000 pesos.

Available in Public Health
The medicine is available in the Ministry of Public Health that has a delivery protocol, giving priority to those over 60, pregnant women and children under 15 years. For delivery, the patient must present the medical indication and the laboratory result at the headquarters and the Provincial Health Directorates (DPS).

Until mid-week Public Health had about two thousand treatments in-store and another 300 distributed in the provincial and regional health directorates.

Confirm shortage
The shortage of medications with the active substance oseltamivir used to treat influenza A was confirmed during a tour by pharmacies, as well as by the executive director of the Pharmacy Union, Scarlet Sánchez, who said that the fruit of high demand is quickly exhausted and by the Association of Pharmaceutical Representatives, Agents and Producers, Inc. (ARAPF), which attributed it to unusual consumer behavior.

Interviewed by telephone, Sánchez said that it is not that pharmacies are not buying the drug, but that it is only supplied by three commercial houses, that they do not have it available and that when they manage to be supplied for retail sale they are immediately exhausted.