Voters appear before 6:00 am at the polling stations 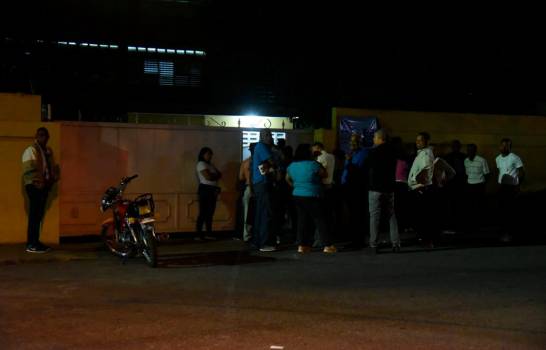 Thousands of voters went before 6:00 am to the polling stations where the voting is scheduled to begin at 7:00 in the morning.
Reports from both Greater Santo Domingo and the interior indicate the influx of voters to the voting centers, which are guarded by members of the Electoral Police, who organize the ranks.

In many tables the enthusiasm of the voters was observed, some were seen with containers with coffee and chocolate.

A few minutes before the municipal elections begin in the municipality of San Juan, Province of San Juan de la Maguana and many of the voting centers have begun the previous work and recorded movements of people around them.

This is the case of the municipal palace of this city and the Pedro Henríquez Ureña Polytechnic, which are among those that concentrate the largest number of schools and voters in the area.

Vehicular traffic in the central areas decreased and was dominated by dozens of motorcycles.