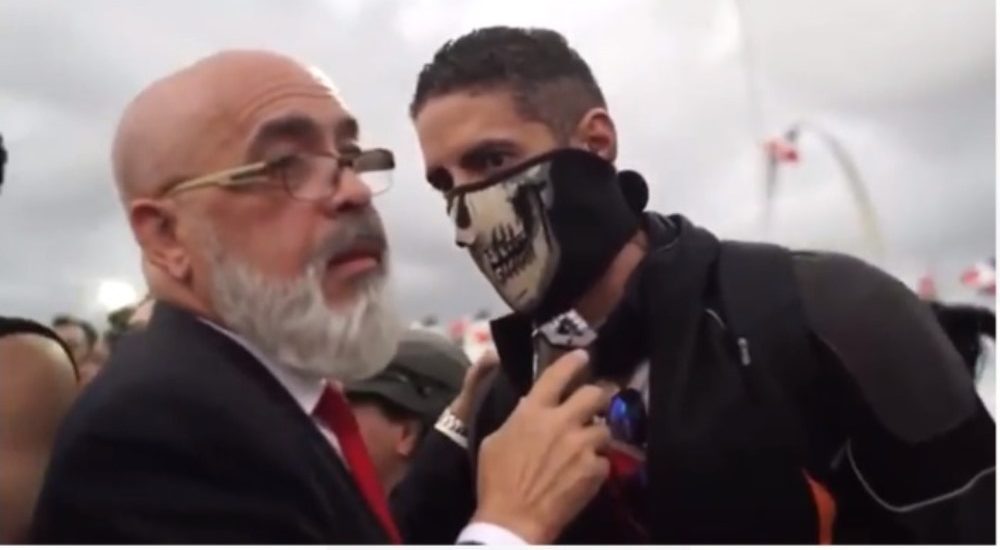 Santo Domingo.- Dozens of people have already begun to gather Wednesday afternoon in the Plaza de la Bandera to protest and demand that the five members of the Central Electoral Board (JCE) step down.

Dressed in black and with banners in hand the protesters demand an explanation for what happened last Sunday, when the municipal elections were suspended by the JCE following failures in the electronic voting system.

Meanwhile the National Police has stationed more officers in front of the crowd barriers that keep the protesters from blocking traffic on the busy Luperón Av.