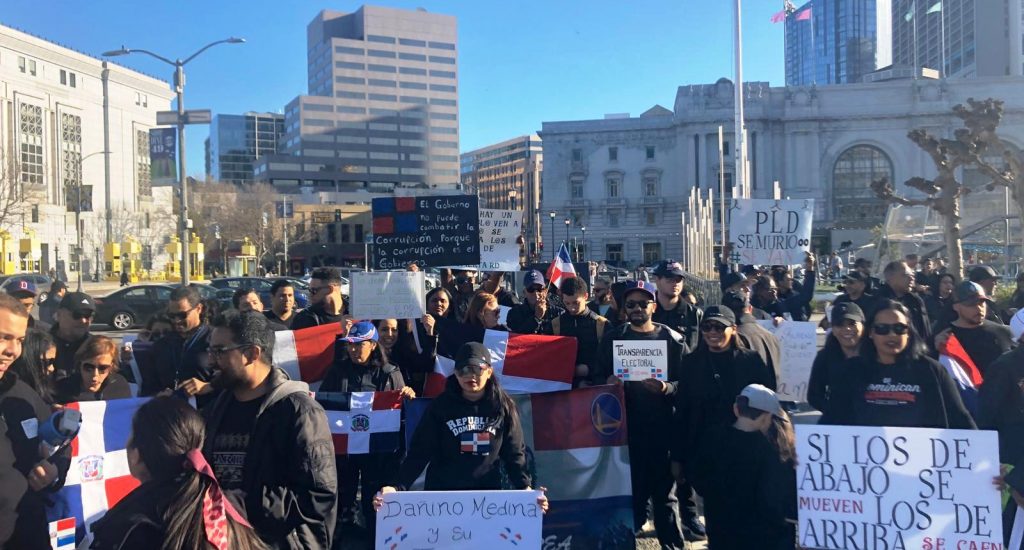 New York.- Dozens of Dominicans living in California on Tue. gathered in front of the United Nations to protest the suspension of elections last February 16 in the Dominican Republic and demanded the clarification of what they called “a deadly blow to Dominican democracy.”

Rally spokesperson Mariel Pichardo said that the rescue of Dominican democracy is necessary and urgent and expressed his support for the youngsters that have peacefully fought against the “outrage” committed by the Central Electoral Board.

In a statement, Pichardo described the February 16 event as the destruction of Dominican democracy where an exorbitant excess has been reached, which has awakened the social consciousness of the Dominicans.

“On behalf of all those present here and those who could not make an appearance for reasons of force majeure, we ask the PLD government to respect the Dominican’s will to express themselves without hindrance, to go to the polls to deposit without pressure their vote they want to exercise.”