US-Dominican ties based on ‘commitment to transparency’ 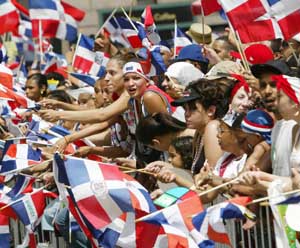 Santo Domingo.- The United States Government sent on Wed. congratulated the Dominican Republic on the occasion of the 176th anniversary of its Independence, which is celebrated on February 27.

The message addressed to the Dominican people was in a press release, signed by the Secretary of State, Michael Pompeo, who stressed that the relationship between the two countries promotes shared prosperity and security, expands ties from person to person and strengthens disaster recovery capacity.

“Our deep bilateral relations are based on a mutual commitment to transparency, the rule of law and democracy,” the missive says.