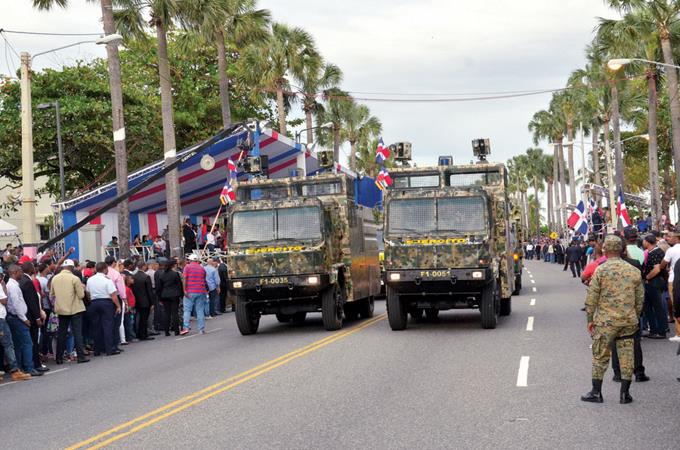 February 27 is Independence Day for the Dominican Republic

The National Congress will be the main stage for the celebration of today’s events on the occasion of National Independence Day, where President Danilo Medina will go to deposit the reports corresponding to the government exercise of the year 2019.

The events begin at 8:00 in the morning with the arrival of legislators at the National Congress Palace, continue at 9:00 with the installation, separately, of the legislative chambers in their First Ordinary Legislature corresponding to the year 2020.

After the installation of the chambers, the commissions of senators and deputies that will receive the President upon their arrival at the National Congress Palace will be designated.

At 9:30 am the legislators move to the Hall of the National Assembly to begin the work of the Joint Meeting of the legislators in charge of the president of the Senate, Reinaldo Pared Perez.

The work will continue at 9:40 am with the arrival of President Medina to the esplanade of the National Congress and five minutes later will be continued by Vice President Margarita Cedeño.

At 9:50 am the military honors will be given to President Medina and Vice President Cedeño, as well as to the first lady, Candida Montilla de Medina, on the forecourt of the National Congress Palace.

The ceremonial will continue at 10:00 in the morning with the entry of President Medina to the National Assembly hall where he will deposit the memories of his governmental management, corresponding to the year 2019, and will send his message to the Nation.

After the presidential message before the joint meeting of the legislators, President Medina receives the military honors and goes to a Tedeum and at the end of the religious ceremony, he will deposit a floral offering at the Altar de la Patria.

The events resume at 3:00 pm with a military parade on George Washington Avenue run by troops from the military and National Police.