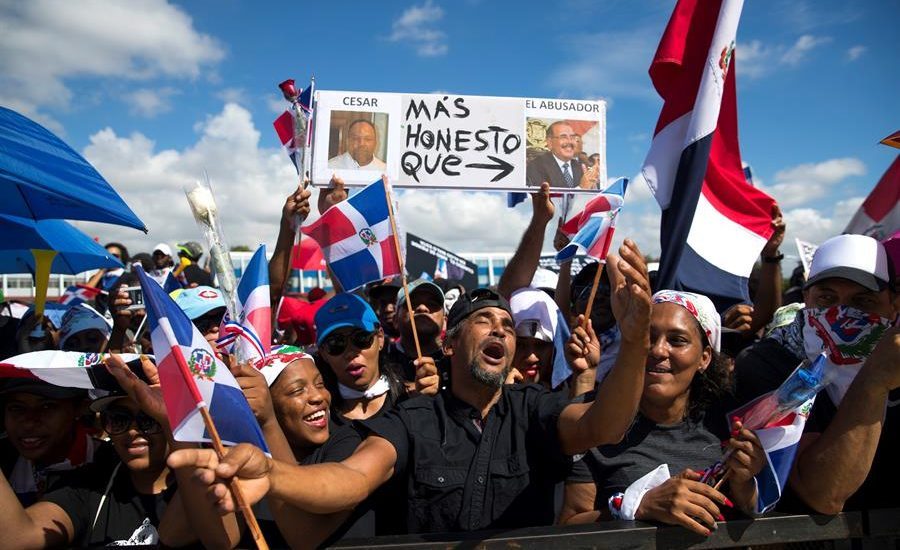 Santo Domingo.- In his eighth and final state-of-the-country speech president Danilo Medina expressed emotion and gratitude of having held the position, highlighting that he will leave a country very different from the one he found in 2012.

“I think that someone who had visited us in 2012 and returned to the country now, would think that there has been a revolution here,” he said.

Addressing the National Assembly without the presence of opposition legislators, Medina identified himself with the clamor of sectors of society, especially the new generations, so that the truth emerges. “The whole truth, without short cuts or restrictions” of what happened in the suspended municipal elections of February 16.

He said that on his part, he will make available to the Organization of American States (OAS) and other international organizations everything they need to carry out the investigation.

While Medina delivered his speech, thousands of protesters staged a massive rally at the Plaza de la Bandera, against Gov. corruption and impunity.