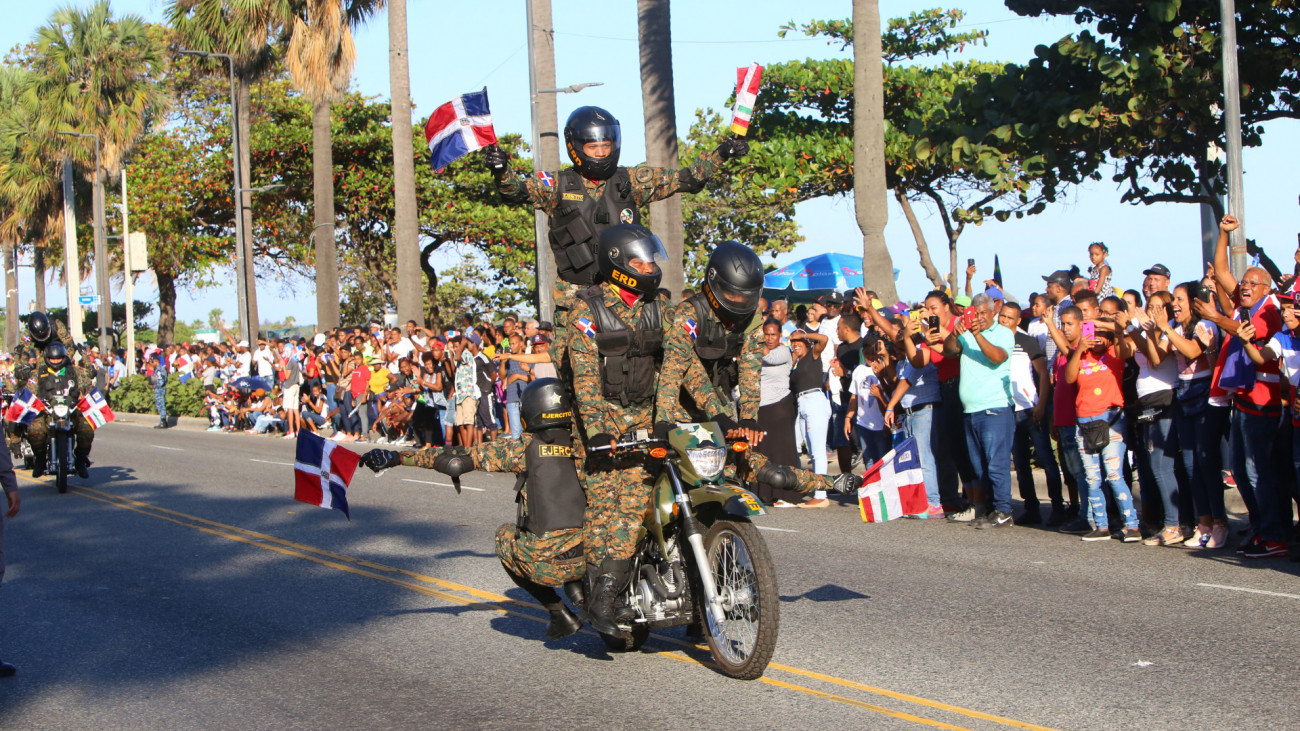 Santo Domingo.- Hundreds of Dominicans on Thursday extolled their patriotism by attending the military parade to celebrate the 176th anniversary of the National Independence, held in Santo Domingo’s Malecon.

For two hours the public was able to observe the country’s military capability to face threats from abroad and deal         with natural disasters.