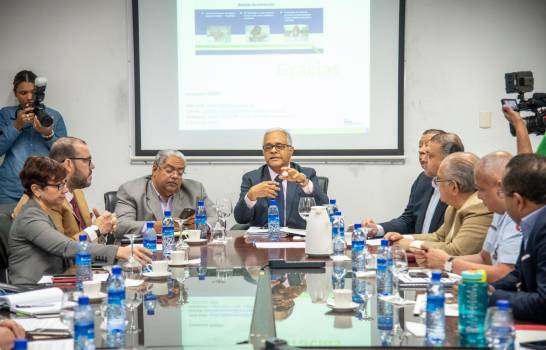 Public Health Authorities and officials linked to ports and Dominican civil aviation analyzed the situation and discussed the measures that have been taken in the country. (JUAN MIGUEL PEÑA)

Santo Domingo. Coronavirus (Covid-19) tests performed on one of three Romanians under observation with a Dominican in the Ramón de Lara hospital were negative for symptoms, according to the Ministry of Public Health.

The 50-year-old foreigner was the only one who gathered the symptomatology of the virus, which is why he underwent such tests to confirm or rule out the disease, the other two men were diagnosed with influenza.

The Romanians, three men aged between 29, 35 and 50, arrived in the country from Germany, with a five-hour stop in Spain. Here they were received by a Dominican, who although he had no symptoms, was also put on observation for having shared with them.

Initially, they were taken to the Francisco Moscoso Puello hospital, two of them presenting respiratory symptoms, so they were transferred to the Ramón de Lara military hospital early Friday morning.