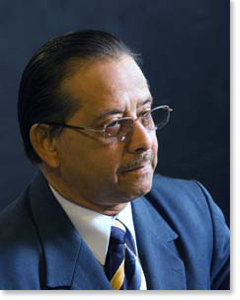 Santo Domingo.- “Huchi” is among the top 10 trends in the Dominican Republic on Twitter since Feb. 29, as the result of the attacks on the outspoken journalist Luis Eduardo Lora -Huchi- from his opponents in the social network.

One of the attacks gone viral was from “@HBasta: @huchilora and @mzapete are two characters or antipatriots who throw (sic) this country to the ground. They should go live on Mars.”

The veteran’s response pointed out the tweet’s spelling error and accused him of being a paid “horn”: “I would gladly go to Mars if I am guaranteed that the Martians do not write the verb cast with a k and that the government does not use the money from its people to hire them.”

Another post came Saturday from TV figure Najib Chahede: Did you ask for the OAS and now you want to discredit it? And what is the fear Huchi?