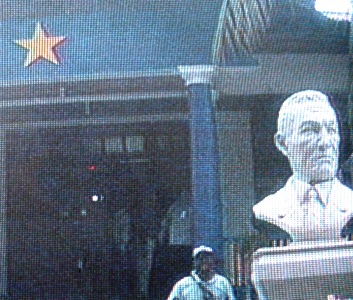 Santo Domingo.- Although opposition party (PRM) presidential candidate Luis Abinader has made significant progress in favorability and personal attributes, a large part of his strength is the near collapse of Dominican Republic’s ruling party, PLD.

While in 2016, 51% of Dominicans had a favorable opinion of the PLD, now only 23% do so, a 28-point drop, according to a Greenberg Quinlan Rosner survey.

Only 27 percent of Dominicans now identify with the PLD, compared to 53 percent in 2016.

The electorate’s current mood, especially on corruption, drives this. There is also deep dissatisfaction with the PLD primary process. Nearly 2 in 3 Dominicans (67%) believe that the PLD primaries last year were not free or fair, including 61% of those who voted for Medina in 2016.