Asthmatics should take precaution with the coronavirus 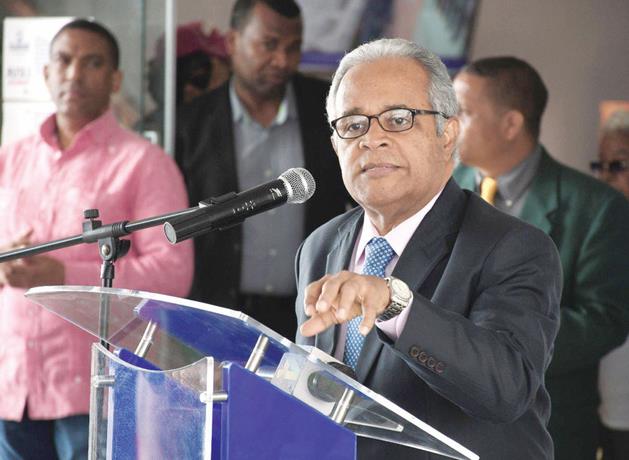 The Minister of Health, Dr. Rafael Sánchez Cárdenas, reported that they have hired more medical personnel to strengthen surveillance at critical points in the country. 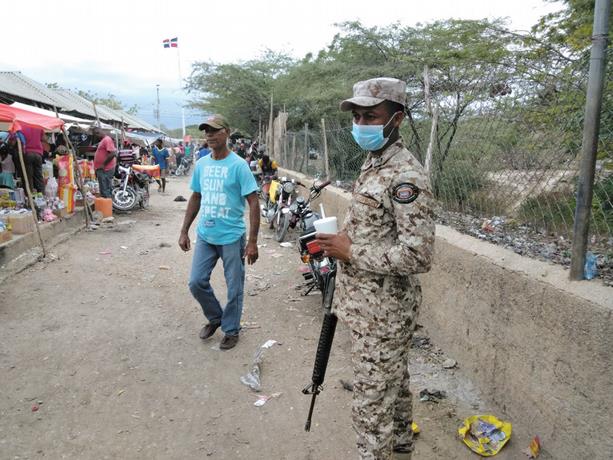 The threat of coronavirus COVID 19 makes it vulnerable to develop complications in any person who has a bronchopulmonary medical condition, including asthma, so experts recommend self-care.

This is stated by Dr. Ivelisse Acosta, president of the Dominican Society of Pulmonology and Surgery of the Thorax, who emphasizes that the entire population and especially vulnerable groups should be alert to the signs and redouble hygiene and care measures because of acquiring the coronavirus they can Develop comorbidities

The Dominican Republic has no real figures on the percentage of the general population with asthma since it is only known from studies done years ago that this condition affects 14 to 18% of children and adolescents.

So far, the Dominican Republic has diagnosed two cases imported from the COVID 19 coronavirus, one, a 62-year-old Italian tourist announced last March 1st and the second is a 70-year-old Canadian lady, publicly released this Thursday.

Dr. Acosta said that the behavior that has been seen of this new coronavirus is that it has more impact on health in the identified population, such as older adults, those with heart disease, diabetics and those with bronchiopathies.

He said that the care that asthmatic and bronchial people should have should be rigorous throughout the year, including hygiene, avoiding contacts with people with flu problems, avoiding being in conglomerates as well as getting vaccinated against meningococcus and influenza.

They reinforce personnel
The Minister of Public Health, Rafael Sánchez Cárdenas, informed that medical personnel have been hired to reinforce surveillance at entry points and made protocol updates to counteract the spread of COVID-19 in the Dominican Republic. 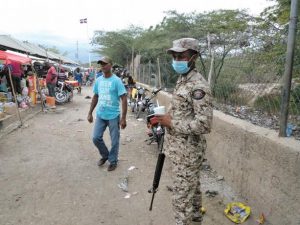 A member of the Army protects against the coronavirus in Pedernales, where he operated the binational market.

He said updates have been made to the procedures for timely surveillance along with simultaneous training in both the epidemiology network, laboratories, and health facilities.

The minister clarified that only two imported cases of the coronavirus have been confirmed in the country and that specialists, technicians, health personnel of the Ministry and other institutions carry out permanent monitoring tasks with the objective of detecting and preventing the occurrence of new cases.

He added that at this time the virus is not spreading at the local or community level and that the measures being developed contribute greatly to mitigate the spread of the disease.

A Spaniard in Puerto Plata
A Spanish citizen is under observation in the isolation unit enabled at Ricardo Limardo Hospital in Puerto Plata to determine if he is affected by coronavirus.

Although the authorities have not given details of the person admitted, it is known that the man frequently visits the country and this time he is in the company of his wife.

The person, who is under observation, was tested to determine if he has the virus and so far it is waiting for the Ministry of Health to know the results.

The girl who came from China
A girl who returned from China almost a month ago, being isolated and evaluated after presenting characteristic symptoms of the coronavirus gave a negative result, epidemiologists from the Ministry of Public Health reported.

On their return with their parents from the city of Shanghai, China, they made a stop in New York and then continued en route to the Dominican Republic through Santiago’s Cibao Airport. The girl born in Santiago, but the daughter of Chinese merchants, was taken to a private health center in this city, but according to a Public Health infectologist, after being evaluated intensively for 15 days, the results were negative.

“The issue of coronavirus is being greatly exaggerated and it is important to channel through responsible and serious media such as the Daily Listin and others, to guide people so that they do not take rumors and what is published on social networks ”, A Public Health official told this newspaper, who refused to identify himself, claiming that from the Ministry there are restrictions to provide information.

He also said that the Ministry of Public Health enabled an isolation room with six beds, artificial respirators and special fans at the José María Cabral y Báez regional hospital in Santiago, to attend to possible patients affected by the coronavirus.

Public Health Doctors explained that the ministry has a trained staff with their masks and equipment at the Cibao Airport in Santiago, to respond to possible suspected cases of the virus.

But until yesterday the employees of the airlines, Migration and the terminal, are not using these tools.

Characteristics of the virus
The epidemiologist of Public Health indicated that the virus is incubated in low-temperature countries and that this favors the Dominican Republic, as it is a tropical country with a warm climate. The adviser of the North region of the Dominican Medical College, Manasés Peña, said that the problem is not in the airports and ports, but in the Dominican-Haitian border, so he estimates that many attention must be paid to that area.

He believes that the border is an imminent danger because it is well known that this is a transfer point for illegal aliens.

The doctor believes it is important to maintain that surveillance, taking into account that the border area is very fragile.

RISK
Trips from Italy
Manasés Peña, former leader of the Medical College, welcomed the measure to ban flights from Italy. He said that from that European country there are four direct flights a week. “Italy, as it has recorded several deaths and many cases, those contacts with those citizens who visit our country, mean danger to us,” Peña emphasized.