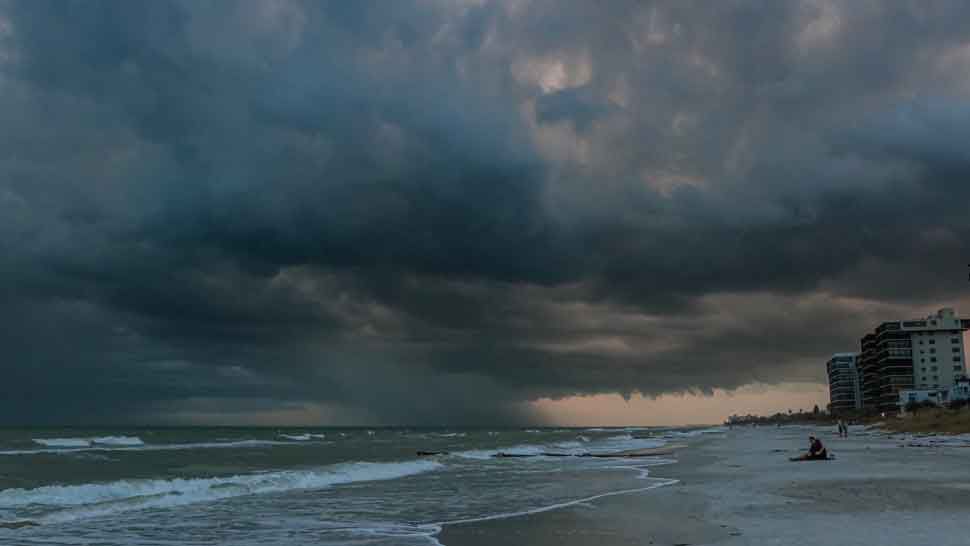 Rains and high seas in store for next few days

Today in the morning hours, a mostly cloudy sky will predominate in much of the country accompanied by scattered rains, which could be locally moderate and gusts of wind over provinces of the northwest, north, and northeast regions, due to direct influence of the frontal system over our territory, while in the afternoon and evening the rains will increase with dispersed characteristics, being moderate to strong locally, frequent gusts of wind and will move towards towns in the southeast, east, Central mountain range and the border area, as the system moves east/southeast.

By the beginning of the workweek, the frontal system should be moving away headed for Puerto Rico, but it will remain humid over our forecast area, in addition, two troughs would be arriving in the Dominican Republic, due to these conditions, significant rainfall is expected to continue, with downpours, which could sometimes be moderate to strong, strong thunderstorms and frequent gusts of wind over much of the country, mainly over provinces of the north, northeast, southeast, east and the central mountain range, including Greater Santo Domingo.

Due to the expected rains from tonight, ONAMET maintains levels of meteorological ALERT for these ten (10) provinces, in the face of possible urban flooding, landslides, as well as overflowing of rivers, streams, and ravines:

Temperatures will remain pleasant at night and early morning, especially in areas of mountains and valleys, due to the time of year. However, today temps will significantly decline, mainly in the north of the country, due to the cold mass following the frontal system and the prevailing colder winds from the north.

Finally, during today the waves will become dangerous on the Atlantic coast, being able to reach up to 10 feet high, in this sense, it is recommended that fragile, small and medium-sized vessels remain in port until seas return to normal conditions.

Monday: Overcast with moderate to strong downpours locally with strong thunderstorms and gusts of wind sometimes in most provinces, mainly to the north, northeast, southeast, east and Central Cordillera regions.

Santo Domingo and its municipalities: Cloudy sometimes with scattered showers, thunderstorms, and gusts of wind.

Tuesday: The continuity of the clouds is expected with frequent heavy rains between moderate and strong, being able to be intense in isolated points, thunderstorms, and gusts of wind over a large part of the Dominican Republic.

Santo Domingo and its municipalities: Cloudy with downpours and thunderstorms.