Redo: Over 7 million will elect mayors, council members across the DR Sun. 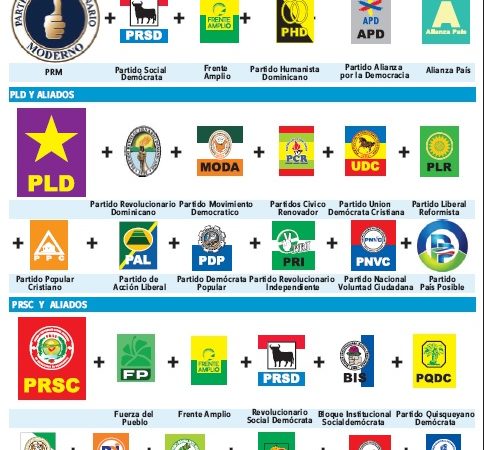 The Central Electoral Board called for tomorrow the 7,487,040 Dominican voters to extraordinary elections to choose the authorities of the 158 municipalities and 235 municipal districts, in the second attempt, after the failure of the first call on February 16.

The 16,032 authorized electoral colleges throughout the country will be open to voters starting at seven in the morning and will close at 5:00 in the afternoon.

Spending on the purchase of this equipment, which turned out to be a fiasco, and on the organization of the failed elections exceeded RD $ 4 billion. This time only manual voting will be used throughout the country.

In the process, 3,849 municipal officials will be elected, of whom 158 mayors and the same number of vice mayors; 1,164 aldermen with their substitutes; 235 district board directors and 735 members.
It establishes that at least 40% of these positions must be held by women. The first bulletin will be issued once 20% of the votes have been computed or two hours after the voting closes.

Widely observed to ensure higher levels of transparency, 118 international observers from 20 countries will monitor the vote. The International Electoral Observation Mission will be made up of 40 representatives of the Inter-American Union of Electoral Organizations (UNIORE); 24 members of the Organization of American States (OAS); 6 from the International Foundation for Electoral Systems (IFES); 6 of the Council of Electoral Experts of Latin America (CEELA); 15 academics and experts; 7 members of the Association of World Election Bodies (A-WEB); and 20 from the Diplomatic Corps.

5 representatives of the Central American Parliament and 21 guests from political parties will also participate as international guests. Citizen Participation (PC) reported that it will deploy 2,600 observers.

Originally, the elections were held on February 16, but they were suspended because the teams failed, so automated voting would take place in 18 municipalities that have 62% of the voters.

Castaños Guzmán The president of the Central Electoral Board (JCE), Julio César Castaños Guzmán, urged Dominicans to come to vote massively this Sunday during the municipal elections because it is the best defense of the vote and democracy.

“There would be no opportunity and an attitude that corresponds more to democracy than going out to defend the vote on March 15,” said Castaños. He said that the JCE is ready to receive the voters called to the polls.

He highlighted the statements of “the World Health Organization (WHO) in the sense that it is safe to vote in these elections, once the Dominican Republic has no virus circulation that safely prevents this day from being successful.”

He indicated that the electoral material is being duly delivered, both the electoral kits and the scanners that will be used for the transmission and disclosure of the voting relations.