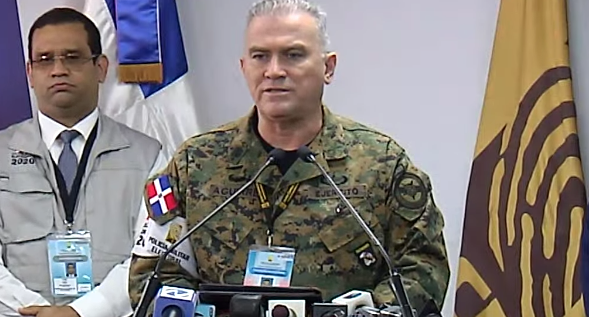 Santo Domingo.- Electoral Military Police chief, Carlos Aguirre, on Sun. said that four people were wounded- one seriously- and a vehicle was torched in several incidents near polling places across the Dominican Republic, during today’s municipal elections.

He said three of the victims were hurt when a soldier fired his weapon in a confusing incident in Azua (south). They are not life-threatening injuries.

Aguirre said another person was injured after leaving a voting station, but that it was from an apparent quarrel.

The chief of the Electoral Military Police added 19 firearms have been seized during the voting process.