Municipal elections in the DR amid electoral crisis and coronavirus panic 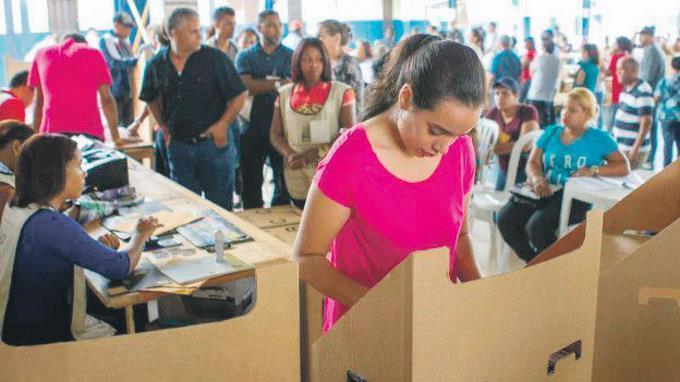 Almost a month has passed since 11:11 am on Sunday, February 16 the president of the Central Electoral Board (JCE) suspended the municipal elections after the majority of the automated voting teams presented problems at the time loading the ballots.

Subsequent to that suspension was an electoral crisis that led to mass protests in the Plaza de la Bandera, just in front of the JCE headquarters. Along with these protests, the population also began with a more intimate form of demonstrations against the suspension of the elections: the cacerolazos, in which thousands of people from all over the country rattled their saucepans for a length of time.

After protests, marches and messages from different candidates and political leaders, on February 21 the Dominican government asked the Organization of American States (OAS) to investigate the failure in the elections on February 16.

Among the announcements of that press conference it was said that the Public Ministry should suspend its investigations in the Dominican Republic until that international investigation takes place. Which means that the cases of the colonel and the company technician were acquitted in the case.

The Dominican Government took this measure regarding the mistrust spread among the population.

“Guaranteeing the right to vote is everyone’s responsibility, especially the JCE. The response must have a credibility that is the basis of trust,” the document says.

OAS members expressed that the results of that technical audit would be after the municipal elections.

This Sunday, March 15 and with manual voting, the JCE calls for the people to go to the voting centers, despite the cases of panic that exists due to the presence of people infected with Covid-19.

In these extraordinary elections, a total of 7,487,040 people will have the right to vote.

There will be a total of 16,032 electoral colleges that will be operating in the country, operating in 4,169 electoral precincts in the different municipalities.

A total of 4,448 scanners were installed in these facilities, which will transmit the minutes of the schools. The positions to be chosen will be those of Mayor, Vice-Mayor, Regidor, Alternate to Regidor, Municipal Director, Municipal Sub-Director and Member.

A total of 17,938 applications were submitted to the 158 Municipal Boards.

846 of these candidates are running for mayor. The more than 17 thousand applications are directed at 7,958 women and 9,980 men.

They agree on oversight

The plenary session of the Central Electoral Board and delegates from various parties decided to create an oversight commission to follow up on the technical work of setting up the extraordinary elections on March 15 and the presidential elections on May 17.

This commission seeks to reinforce the observation work of international organizations in areas such as informatics and national elections management.

The political delegate of the Modern Revolutionary Party (PRM), Orlando Jorge Mera, indicated that the group exchanged views on the process and the search, in order to specify details on the organization of the 2020 elections.

“International organizations do very important work for the OAS and IFES, and that accompaniment is the most important thing we can do for political parties. However, given the forcefulness of what happened, it is essential that in order to be able to ensure at that level of credibility of these two key departments of the board, the accompaniment of political parties is going to be important in this process,” said Mera.