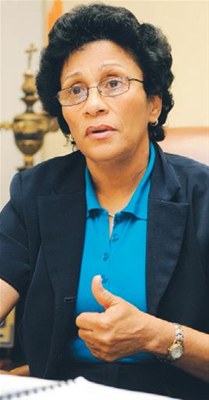 Santo Domingo.- Electoral Crimes judge Fernan Leandry Ramos on Tues. handed down a landmark ruling against two people accused violating the Electoral Law during the voting in the municipal elections on March 15.

The judge set bond at RD$20,000, and periodic presentation against Yeyson Arias Fernández, accused of proselytizing for a candidate less than 20 meters from a polling station in Santiago province.