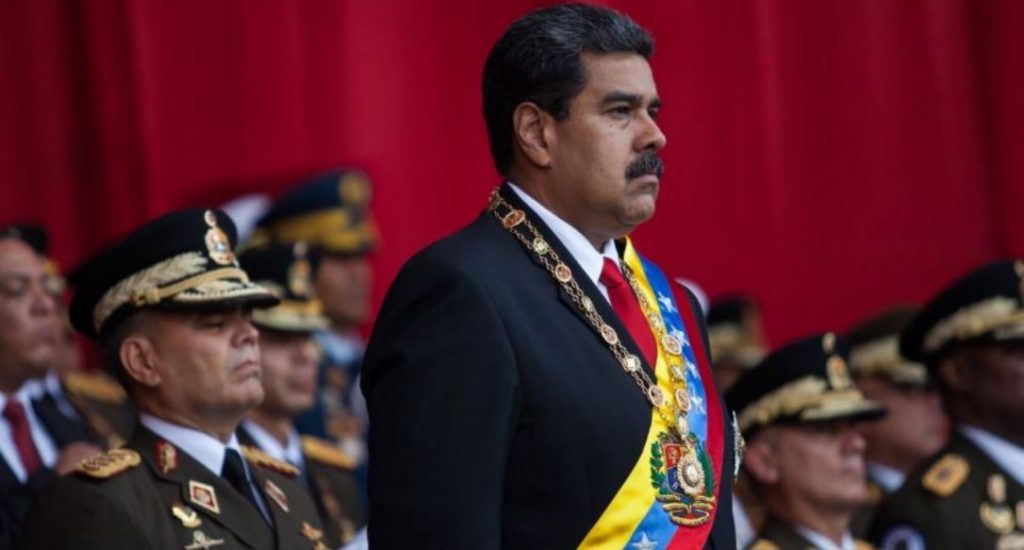 Washington DC.- Today the U. S. Department of State announced a series of rewards for information leading to the arrest and/or conviction of Venezuelan nationals for whom the Department of Justice unsealed indictments today for their roles in international narcotics trafficking: Nicolás Maduro Moros, Diosdado Cabello Rondón, Hugo Carvajal Barrios, Clíver Alcalá Cordones, and Tareck Zaidan El Aissami Maddah.

The Venezuelan people deserve a transparent, responsible, representative government that serves the needs of the people – and that does not betray the trust of the people by condoning or employing public officials that engage in illicit narcotics trafficking.  The United States is committed to helping the Venezuelan people restore their democracy through free and fair presidential elections that will provide them with honest and competent national leadership.

The Department is offering a reward of up to $15 million for information related to Nicolás Maduro Moros.  The Department is also offering rewards of up to $10 million each for information related to:  Diosdado Cabello Rondón, President of the illegitimate National Constituent Assembly; General (retired) Hugo Carvajal Barrios, former Director of Venezuela’s military intelligence (DGCOM); Clíver Alcalá Cordones, Major General (retired) in Venezuela’s Army; and Tareck Zaidan El Aissami Maddah, Minister for Industry and National Production.  While holding key positions in the Maduro regime, these individuals violated the public trust by facilitating shipments of narcotics from Venezuela, including control over planes that leave from a Venezuelan air base, as well as control of drug routes through the ports in Venezuela.

These rewards are offered under the Department of State’s Narcotics Rewards Program (NRP).  More than 75 major narcotics traffickers have been brought to justice under the NRP since it began in 1986.  The Department has paid more than $130 million in rewards for information leading to those apprehensions.

The Bureau of International Narcotics and Law Enforcement Affairs manages the NRP in close coordination with the Drug Enforcement Administration (DEA), the Federal Bureau of Investigation (FBI), the U.S. Immigration and Customs Enforcement/Homeland Security Investigations (ICE/HSI), and other U.S. government agencies.

These actions demonstrate the Department’s commitment to supporting law enforcement efforts and a whole of government approach to combatting drug trafficking and transnational organized crime.

For more information on the individuals listed above and the NRP, please see https://www.state.gov/inl-rewards-program/narcotics-rewards-program/ or contact [email protected]