Treatment gets five out of Intensive Care 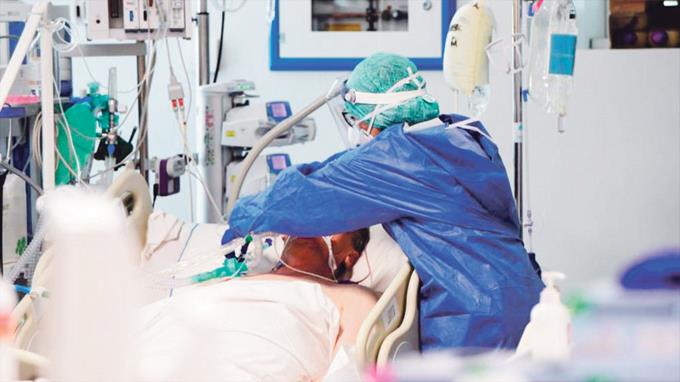 Expensive but effective medicine is not over the counter

At least five patients, including some doctors, have overcome the critical state of health in which they had fallen due to the coronavirus and been moved from the Intensive Care units to normal hospital wards, after undergoing an expensive treatment that is producing good results.

Of the patients who have responded adequately to treatment, there are four from Santiago: Dr. Daniel Rivera, president of the Board of Directors of the Unión Médica Clinic, urologist Fausto Hernández, ex-governor José Izquierdo and patient Juan Ramón. In Santo Domingo, the political leader of San Pedro de Macorís, Senator José Hazim, while Dr. Felix Antonio Cruz Jiminián has presented significant improvement, although he is still in intensive care with mechanical respiration, admitted to the General Hospital of the Plaza de health.

The details were offered by the Minister of Public Health, Rafael Sánchez Cárdenas, on the eighth day of the virtual press conference to report the updates to the Covid-19. He said it is a non-over-the-counter medicine that is applied intravenously and is applied to critically ill patients with complicated pneumonia.

A drug used in the treatment of arthritis patients has been applied to these patients. It is tocilizumab, a biological medicine, which is supplied through the High-Cost Medicines Program of the Ministry of Public Health.

Biological drugs are artificial and manufactured using genetic engineering techniques and are closely related to a protein that the body produces naturally.

Dr. Sánchez Cárdenas reported that there are nine doctors registered with the virus, of whom four were in the process of their work, and others were infected on a cruise or airplane trip, and about three nurses.

He recalled that the highest risk of death is in people over 60 years old and people with co-morbidities, so he called people to take more extreme care of older adults.

Cross-tests
The Minister of Public Health, Rafael Sánchez Cárdenas, announced that from yesterday the trial would begin with cross-tests at the Dr. Defilló National Laboratory, in order to speed up the confirmation of Covid-19 cases.

THE PROCESS
Sánchez Cárdenas revealed that starting today, Saturday, rapid tests of up to 15 minutes will be made, through blood collection obtained from the pulpejo, with patients who have tested positive for other types of tests, to confirm their effectiveness, and then put them into service.

The tests
The effectiveness of rapid tests can be as high as 95%, and the PCR tests, which are being applied in the laboratory, are “a specific test with 95% effectiveness,” said Cárdenas. Those 15-minute rapid tests, of which there are already samples in the country, will be tested today with patients.