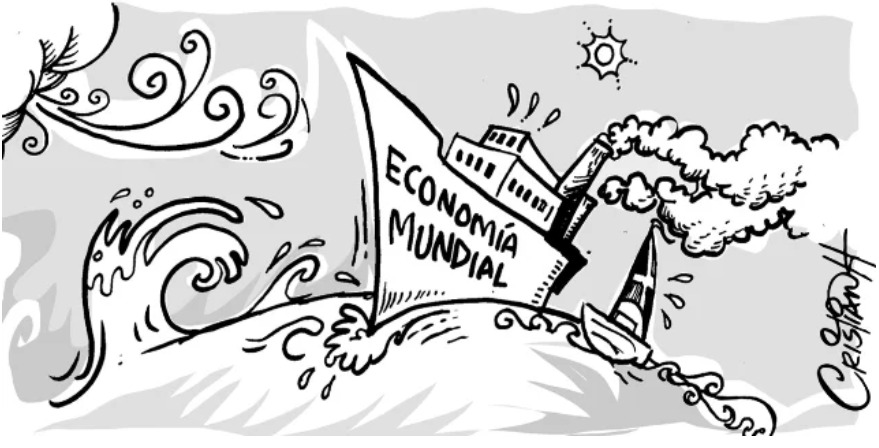 The director of the International Monetary Fund (IMF), Kristalina Georgieva, said that due to the effects of the coronavirus pandemic the world economy has entered a recession and warned that the wave of layoffs and bankruptcies that it will cause will affect the composition of societies throughout the world.

The consequence of this global financial crisis does not operate the same for all countries because similar to the virus, it causes more damage to economies with fragile monetary indicators or weak financial structures, which lack antibodies to or contain its devastating effects.

The head of the IMF has said that the new economic recession “will be as bad or worse than that registered in 2009,” referring to the global financial crisis that broke out with the bursting of the housing bubble in the United States, a global storm that the economy The Dominican Republic was able to resist growing that year by 3% in proportion to the GDP.

The Governor of the Central Bank, Héctor Valdez Albizu, has said that the transitional measures approved by the Monetary Board represent a profound modification to the prudential norms that allow contributing more than 80 billion pesos to sustain the economy.

Valdez Albizu maintains that the financial system has sufficient liquidity in both pesos and dollars, as a result of the easing measures, which is why it has urged multiple banks to lend at reduced interest rates those resources freed from the legal reserve.

The Government will subsidize companies affected by the economic impact of the coronavirus to provide their salaries to temporarily suspended workers, which would guarantee the sustainability of employment in times of crisis.

Commercial banks apply flexibilization programs to alleviate the financial burden on their debtors in the tourism, manufacturing, agricultural, trade, SME and credit card sectors, whose payment installments were deferred for up to three months, as well as a reduction in delinquencies, interest, and minimum fees.

These and many other public and private initiatives highlight the enormous range of possibilities to contain COVID-19, decrease its economic and social effects, preserve employment, return to the usual levels of growth, and shield the Dominican economy from the new global recession.