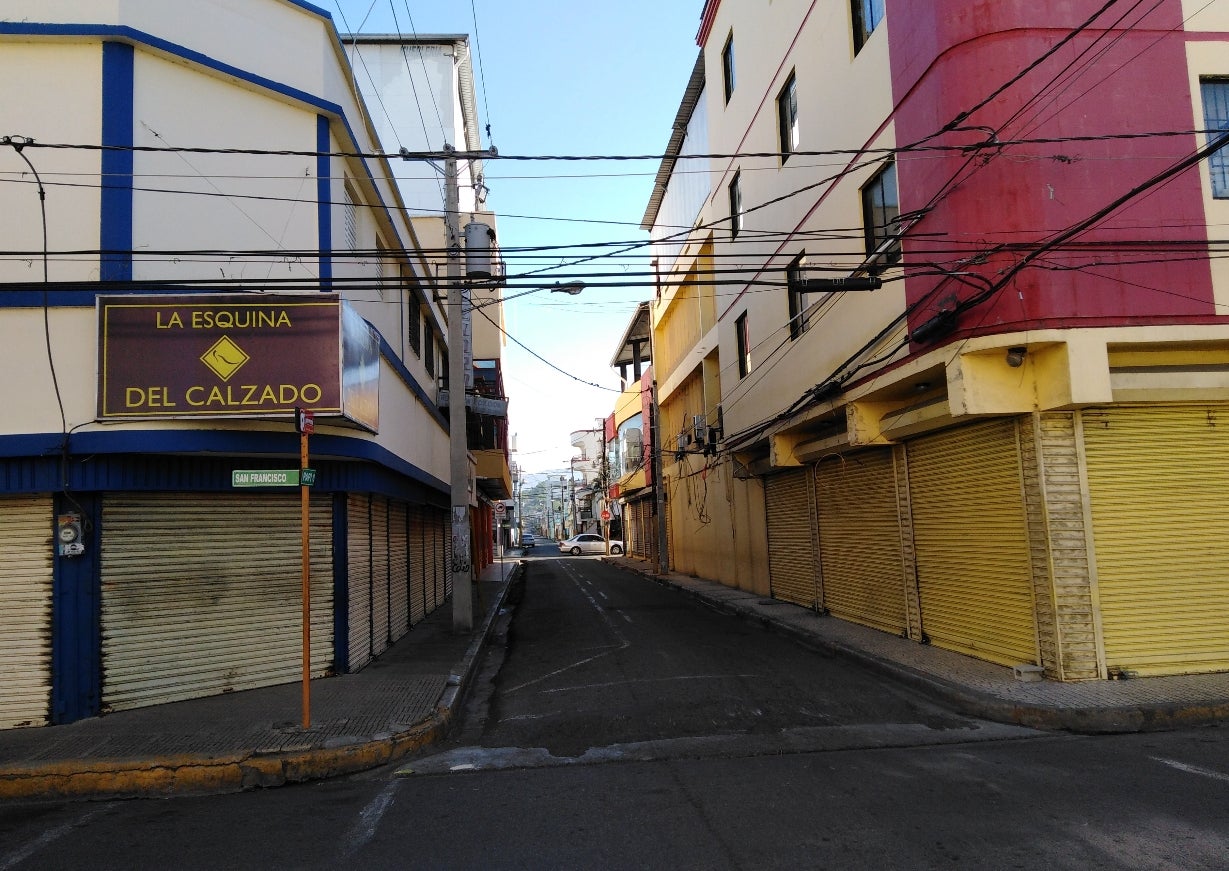 The streets of San Francisco de Macorís look deserted after the application of the quarantine.

SANTO DOMINGO. – The situation in San Francisco de Macorís began to be different after the authorities’ intervention to stop the growing contagion and deaths from Covid-19, which now number 23 and 102 infected in that area, according to the latest report from the Ministry of Public Health.

Residents of the community, consulted by El Día, express that it has been somewhat calmer that in recent days the number of deaths from the virus has been continually decreasing, even though infections continue to rise.

As part of the restrictions in the province, all entrances to the city remain blocked, disinfected frequently, and police and military patrols are maintained as part of the isolation measure to prevent the spread of the virus.

Meanwhile, only supermarkets and grocery stores continue to serve the population, which has finally decided to accept the call to stay home, explains lawyer Galileo Morales. The lawyer called on the Economic Dining Rooms to apply the security protocols in the distribution of food since the beneficiaries receive it in crowds and without protection.

He denied the Minister of Health’s assertion the outbreak was caused by the observance of carnival, elections, or games of dominoes and chicken fights. He explained these activities carried on throughout the country.

“That is a lie. The fault is the hospitals, the result of inefficiency of themselves, mismanagement of the government and not of citizens,” he said.

However, for a National Police agent consulted by El Día, the situation is getting worse, which supports the case of her stepmother, who she said was left to die in the main private center of that city. She arrived with the virus and could not last four days due to a lack of attention.

She expressed the concern of his family. Her brother has been in isolation for several years because he was the one who cared for his stepmother, but when he called 911, they “told him that they have many people waiting and they cannot attend all of them at the same time.”

The young woman in the uniform is suspicious of the death figures offered by the authorities. She explains that many people have died in their homes, to whom Public Health never gave care or was unaware of the cases because they were not taken to an assistance center.

“Every day they take one dead here, and Public Health has never been there. Look at my brother’s case,” she said.

—1— Deaths
23 of the 57 people registered in the country have died in Duarte province.
—2— Measures
Sectors have called for more rigorous measures to be taken to curb the virus, which accelerates its course in the country.