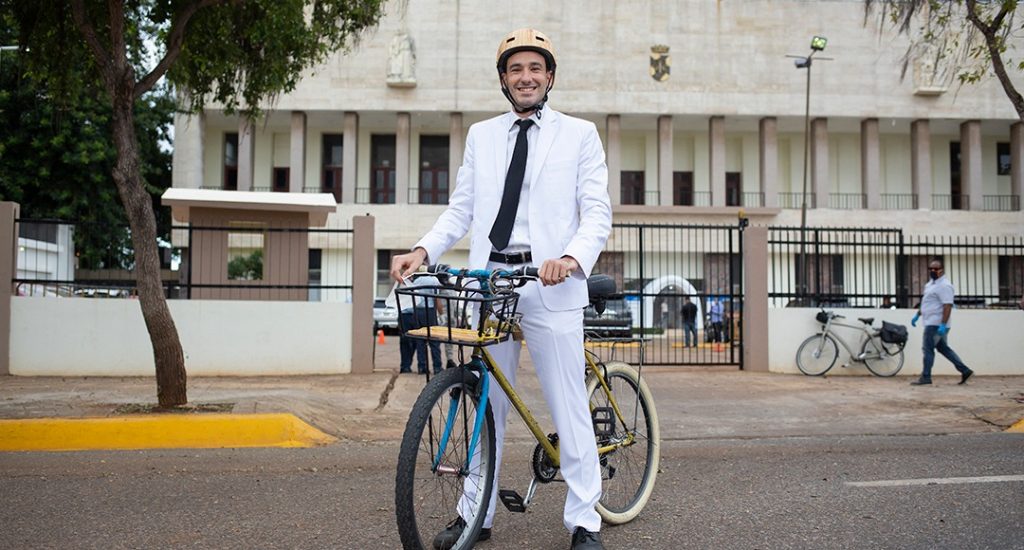 Santo Domingo.- Today Friday, Mario Sosa Torres, who with 9,168 votes became Dominican Republic’s most voted Councilman, arrived for his inaugural on his bicycle, his means of transportation for over six years.

The young economist’s campaign was based on forming citizen groups to contribute to transform the National District.

Sosa reiterated his commitment of inclusion for his constituents.