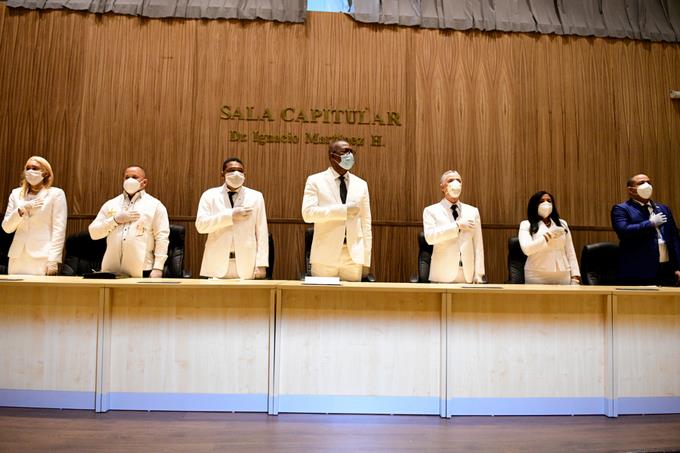 Manuel Jiménez, fifth from the left, was sworn in yesterday as the new mayor of the Santo Domingo Este municipality. 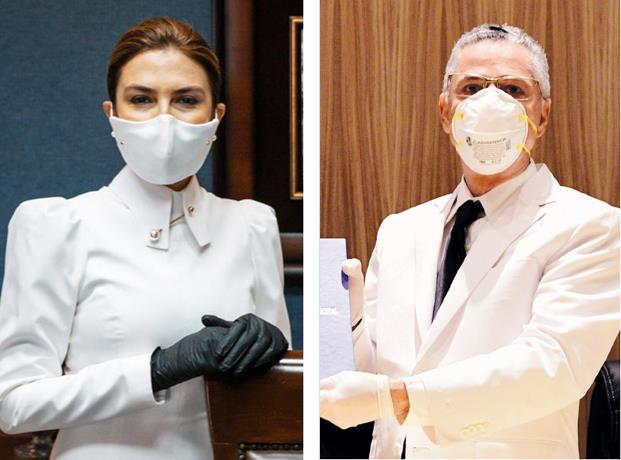 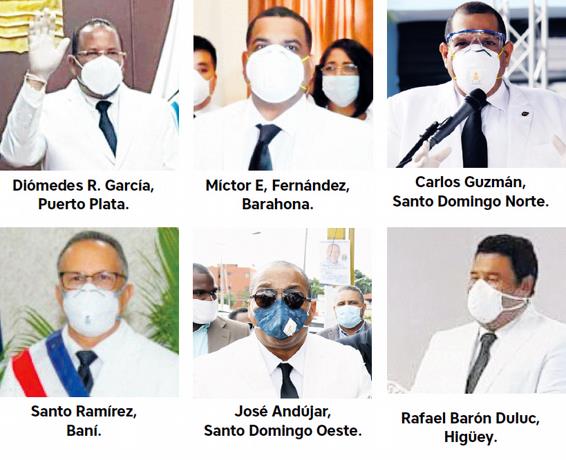 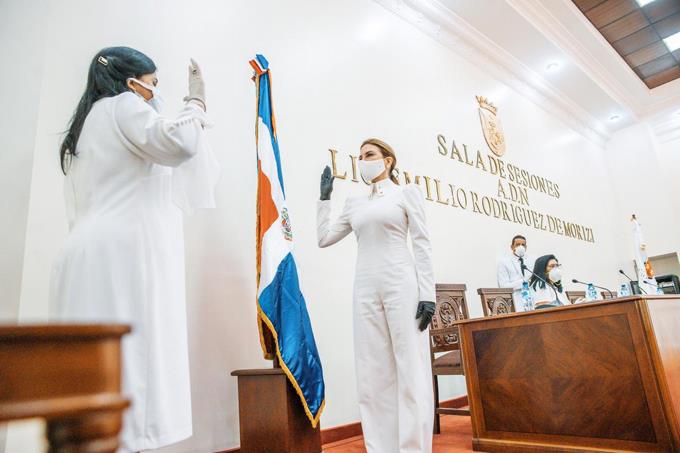 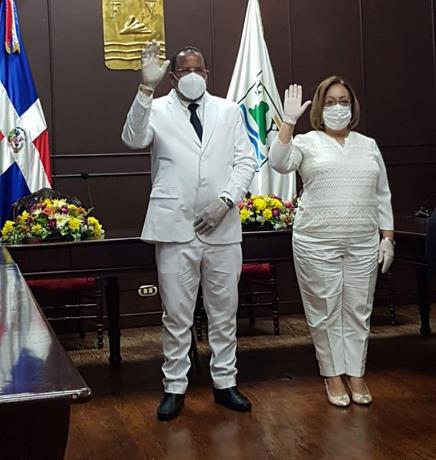 Forewarned, always alert to the danger of the coronavirus, the newly elected mayors of municipal governments took office yesterday for a period of four years, this time before unusual ceremonies marked by distancing, use of gloves and masks, and short speeches that limited the rhetorical ones, but they stood out with their splendid white suits, following a line consistent with tradition.

With the historic swearing-in of yesterday, Friday, the elected municipal authorities were renewed by 60%, among mayors, directors of municipal boards and councilors of the 158 municipalities and 235 municipal districts of the country.

In the past elections, 158 new mayors were chosen, corresponding to the same number of municipalities.

That of yesterday Friday was a ceremony of transfer of municipal command that, traditionally, was carried out on August 16, every four years, but after the change of the Constitution was established for April 24, which coincides with the Day of municipalities.

Many young people will go on to lead councils after this inauguration, the youngest being Marlon Arias, 27, mayor of the Cabrera municipality, of María Trinidad Sánchez, for the Dominican Liberation Party.

Also Francis Joel Beltré, also from the PLD, who at 34 will lead the Tábara Arriba chapter in the Azua province.

About seven million, 487 thousand 40 voters were called to the polls for the last elections, when a second attempt was made after being suspended on February 16 due to a failure of the automated voting system.

The changes
The mayors who were elected on March 15 took possession yesterday, some virtually and others in brief acts in their corresponding municipalities, due to the health crisis that the country is going through due to COVID-19.

First woman in the DNA
Carolina Mejía was not only sworn in yesterday as mayor of the National District, but she became the first woman to do so. She arrived at the appointment just at 7:40 in the morning. Beautiful in a white suit, mask, and protective gloves. After the ceremony, she did not wait long and produced her first appointment: Hugo Beras, as DNA general secretary.

Then, she went home, changed from a white suit to jean pants, tennis, a yellow cape, a black mask, and protective gloves,” and went to Las Flores de Cristo Rey, to work.

Manuel Jiménez in SDE
The new mayor of Santo Domingo Este, Manuel Jiménez, took office with a blunt statement: “It is not time to celebrate, if not to work.”

And he added: “The party can be postponed, but not the work.” Alfredo Martínez, the outgoing mayor, handed him the command and often asked for support for the new incumbent. Before I drop this complaint: “I was a victim of the opposition; he never approved me.”

José Andujar in SDO
The new mayor of Santo Domingo Oeste, José Andújar, of the PRM, took office under a brief protocol act.

Andújar, wearing a white suit, gloves, and a mask, arrived at the town hall on Avenida 27 de Febrero, accompanied by his wife.

Francisco Peña handed him the command of the local government, saying that he was leaving a “totally healthy” chapter.

In his turn, Andújar said that his work begins today with a day of disinfection and fumigation, street washing, and cleaning of the gorge of Guajimía.

Carlos Guzmán in SDN
Santo Domingo Norte now has Carlos Guzmán, from the Parido de la Liberación Dominicana, in charge of the municipal entity. Dressed in white, with gloves and a mask, Guzmán.

He began to draw lines of work: He told the owners of supermarkets, markets, and other places of sale of products what they have to do: disinfect at the beginning and end of their work.

Abel in Santiago
With a simple act, of 15 minutes, celebrated in the lobby of the municipal palace of Santiago, the ceremony was fulfilled in which Abel Martínez swore yesterday, for the second term, as mayor, along with 41 aldermen of political parties.

Martínez said that his project to elevate the city of Santiago to another category will continue. Those present wore masks and gloves. Before entering the council they had to go through the disinfection tunnel.

Santo has a challenge in Baní
The new mayor of this municipality, Santo Ramírez, was sworn in yesterday, but in the middle of the ceremony, he was commenting on a latent concern regarding what his management will find there. The eyes are, among other things, on payrolls that, it is said, “cannot bear any more weight,” and there are many people waiting for them to work.

Applause and booing in Barahona
Mictor Emilio Fernández de la Cruz, applauded when he assumed as the new mayor of Barahona, was sworn in without the presence of the vice mayor, Freya Sterling, who left the ceremony for a health problem. Meanwhile, the outgoing mayor, Noel Octavio Suberví Nín, was booed upon arrival at the event.

The proclamation of Cholitín
Rafael Barón Duluc Rijo, well known as Cholitín, was sworn in as mayor of Higüey, promising to leave behind “the monarchical management” of the jurisdiction. “My mission is to turn this municipality into a safe, modern, smart, and transparent city.”

“Roquelito” in PP
Diómedes Roque García (Roquelito), the new mayor of Puerto Plata, of the PRM, promised to resolve the situation of the landfill and the municipal market. This weekend will launch a major cleaning and disinfection operation in the city, in which the PRM presidential candidate, Luis Abinader, will participate.