SANTO DOMINGO EAST.-Presidential candidate Luis Abinader affirmed that the ravines, holes, and other sources of contamination, such as that of Guajimía, are an expression of the lack of sensitivity and capacity of the central authorities and the municipalities of the Dominican Liberation Party (PLD).

Abinader promised to end these problems by working from the central government with the mayoralties in the management that he hopes to preside over when he wins the elections.

He explained that personally you have spent many years seeing and listening to the lamentations of the different communities affected by this type of canyons. 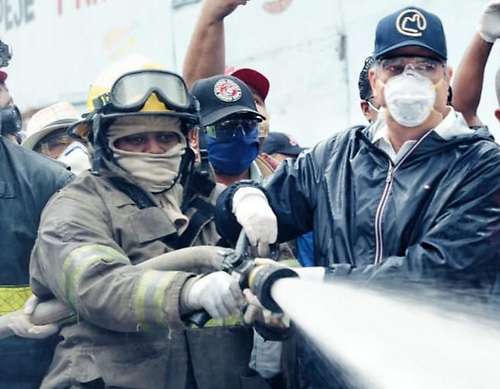 “In some cases, these are engineering works that cannot be carried out by the town councils. It is there that a government like the one we will preside over will come into action and will work hand-in-hand with the town councils and their communities, because this type of situation is unacceptable, and we are not going to accept them,” said Luis Abinader while looking at the garbage and sewage in the Guajimía gorge.

What comes with the alliance between the government of change and the municipalities is a new concept, a new dimension of the municipality, note that for this reason we already conceived the Municipal Emergency Plan, which in addition to the ordinary cleaning tasks will put the municipalities and their communities in the first line of combat against COVID 19.

Abinader expressed himself in these terms while they accompanied the mayor José Andújar in a cleaning operation in Buenos Aires, in Herrera, in a section of the gorge of Guajimía, in part of the cleaning operations in which he participated today, which It started in San Cristóbal, and after Santo Domingo Oeste, he accompanied the mayor Manuel Jiménez in Santo Domingo Este and ended in San Pedro de Macorís. 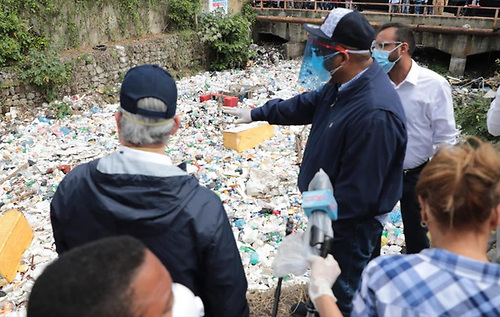 There, together with Mayor Rafa PC, he visited one of the 33 landfills in the city and took the opportunity to develop aspects of what his team has called the Solidarity Route, which he did in the Santa Clara parish, where he donated food and support materials to the fight against Coronavirus.

He was received by Pastor Rubén Taylor, in the Christian community El Santuario, and also in the Dr. Carl George Geriatric Residence, where he shared with Sister María Estela Ángeles.

This Sunday Luis Abinader will be participating together with the municipalities of Bonao, Santiago Oeste, Jacagua, Altamira and Puerto Plata.