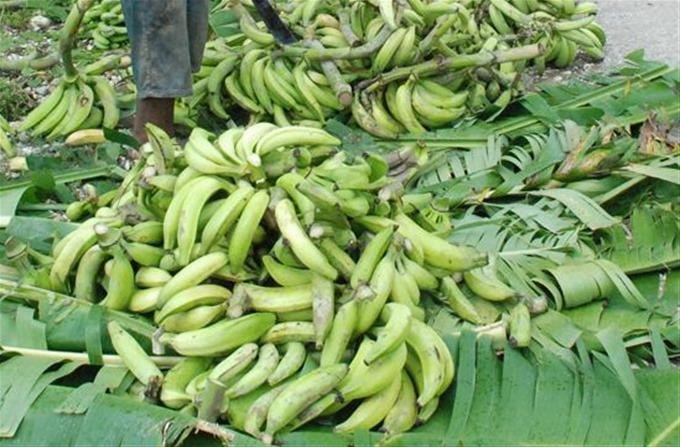 Banana producers in the Barahona and Bahoruco provinces demanded payment of RD $ 8 million from the Minister of Agriculture, Osmar Benítez, for the sale of the product.

The spokesmen for around 40 producers, José Matos, Evaristo Castillo, and Juan Batista Román, stated that they did not want to negotiate with the government seven months ago, but they did so because they were told that they would be paid immediately.

They indicated that the debt amounted to RD $ 38 million, but after speaking with President Danilo Medina, last February in Vicente Noble, they managed to get them to pay a part of the money by subtracting what they are claiming.

They recalled that they delivered the product at a very difficult time, when a banana grain cost RD $ 40, so that the population would receive it at an affordable price, after an agreement with Osmar Benítez.

The president of the association that brings together banana growers, José Matos, acknowledged that due to the national emergency, the government is assisting the agricultural sector, buying production, but that in his case it is different because there were great demands and high prices.

“We feel respect for the good management of the minister, but we need him to pay us with that money to comply with staying at home. We do not want to be here risking our health, but we are not going to starve to death with our workers or those agrochemical companies and banks continue to besiege us,” he clarified.

Evaristo Castillo said that small producers are bankrupt and expect to be paid in order to be able to sustain themselves in this crisis and fulfill their commitments “they were left to pay in a week. We see how others buy and pay them.”

Juan Batista Román stated that when the Agronomist Cesar Céspedes motivated producers to give up the product, he resisted because the government did not like to pay, but that the others entered the business.

“He told us that the government wanted to import bananas because they were very expensive and that he wanted us to help him not to have to import them because he was not trustworthy, he even told us that he was going to pay for his cooperative,” added Batista Román.