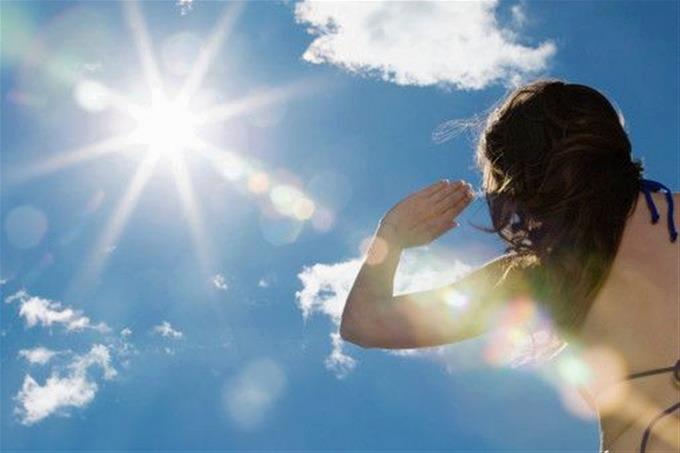 To alleviate heat stroke, it is recommended to stay hydrated, wear light clothing and avoid exposing yourself to the sun's rays from 11 am to 4 pm

“When I get up I take my pills, I hardly exercise and wear light clothes,” says Reyita, 50, who suffers from high blood pressure.

Meanwhile, Andreina, a 25-year-old pregnant woman with swollen feet, perspires frequently and spends most of the day drinking cold water.

Reyita and Andreina are vulnerable to the heat “shock” that affects the country and that in March and April has set a new record for high temperatures, measured in the same periods for 49 years, that is, the series of reports since 1971 to 2000.

In addition to the apparent impact on the health of people with certain conditions or diseases, these high temperatures may influence natural disasters of great magnitude, according to some researchers.

Experts from the National Meteorological Office are studying the phenomenon and affirm that temperatures from March 1 to April 14, 2020, established new high marks in 43 locations.

This heat hit at just the point when Dominicans were—and continue to be—confined by the state of emergency to prevent the spread of the coronavirus. The country is also impacted by a drought that leads to a rationed use of water.

Juana Sille, in charge of the Onamet Climatology Department, explains the new measurements and the deputy director of that entity, engineer Miguel Campusano, details the relationship of high temperatures with the Caribbean Sea and the possible occurrence of hurricanes and storms. Sille says Santo Domingo went from a temperature of 32.8 degrees Celsius to 33.5 (91-92.3°F) in April, according to records for that series spanning 39 years.

In April normal seasonal temperatures were exceeded in El Higüero, where the Joaquín Balaguer airport is located; in Altamira, Puerto Plata, Loma de Cabrera, Montecristi, Barahona and San Juan. In Punta Cana the maximum 27 years ago was 33.3 degrees (92°F) and this April it was 36.6 degrees (98°F). At the Las Américas airport, there was a record of 33.9 degrees (93°F) in 1971 that was broken with 36.6 degrees (98°F).