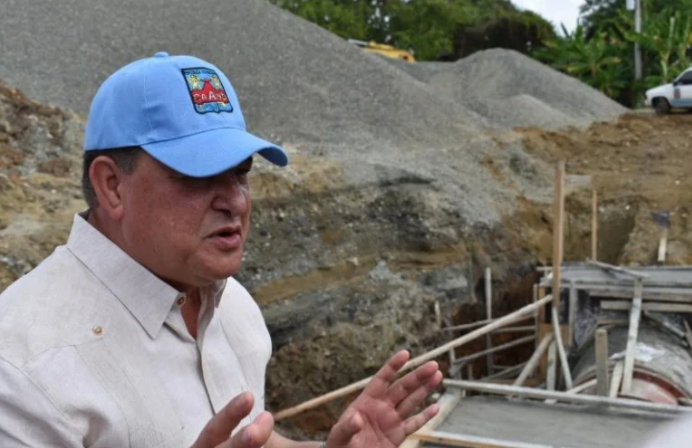 Santo Domingo.- The director of the Santo Domingo Aqueduct and Sewer Corporation (CAASD), Alejandro Montás, reported that the lack of rainfall during the recently ended month of April worryingly affected the production of drinking water for the National District and this province.

Montás explained that “the channels of the rivers supplied by the CAASD are practically dry and, therefore, the intake works of the institution’s systems are dry.”

“In April it did not rain, Meteorology reported that there was a rainfall deficit of 90%. May arrived, while we wait for the downpours we guarantee the supply of drinking water by any means and we call for the saving and rational use of the precious liquid,” he said.

“The most critical part is that of the Barrera de Salinity aqueduct, which is in El Naranjo and depends on the Ozama River, which is practically dry and the intake water is not reaching the required levels. The system operates with six teams and we have been forced to operate it between two and one team,” he warned.

Alejandro Montás indicated that they are carrying out work to redirect the tributary with the CAASD equipment and backhoe loaders, to try to improve the situation and bring as much water as possible to the aforementioned system, despite the fact that the lack of rain is decisive in this case.

He reiterated that, in addition to the 60 tanker trucks that bring free water to the Santo Domingo East municipality, they are redirecting part of the liquid from the Valdesia aqueduct to the said municipality, to reinforce the service, along with the production of the well fields, to which they are giving maintenance by replacing pumps with others of higher capacity.

He indicated that the same situation is currently happening with the Haina-Manoguayabo aqueduct, which has seen the need to operate with half of the pumps it has in its complete system.

The official reported that the current drinking water production of the CAASD is 343 million gallons per day, an amount that, in his opinion, is still manageable, but recalled that under normal conditions it reaches 400 million a day, so the rains are decisive in achieving this figure.

Montás explained that the Valdesia dam is producing 133 million gallons of water per day,” and normally it produces 150 million gallons per day, that is, that the dam does have water, it is manageable and still produces the amount we need.”