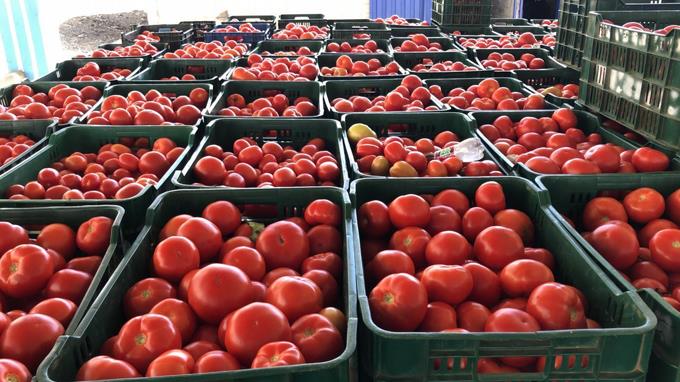 The vegetable producers in Ocoa do not know what to do with their crops and in frank desperation, they have begun to give it away and use it to feed the animals so that they do not rot in the drawers.

They assure that they have lost more than three million pounds of tomatoes, an estimated RD $ 30 million, only in El Pinar, one of the areas with the highest production of vegetables in greenhouses, without accounting for the loss of peppers, cucumbers, and other vegetables.

Producer Manuel Pujols stated that despite the fact that the Government, through the Ministry of Agriculture, assured that it would support them by buying their crops, the purchase price they offer is almost a mockery compared to the resources they have invested to carry out the harvest.

“The Government through the Minister of Agriculture Osmar Benítez is offering to pay the tomato at RD $ 6.00 a pound and for us, it costs RD $ 8 to produce 1 pound of tomato, they also ask us to pack them in 5-pound bags, take them in cardboard boxes and transport them, which seems to us a laughable offer. In the end, it comes out at RD $ 2 pesos a pound and it costs RD $ 8 pesos to produce a pound of tomato in greenhouses, “Pujols told this newspaper.

“It is not worth the offer,” lamented the producer from Ocoño, indicating that they have already given away more than 600,000 pounds of tomato and who believes that the Government should buy him a pound of tomatoes for at least RD $ 10.00.

Other affected producers are those from the Sabana Larga municipality in the same province, who report concern over significant losses and debts acquired with financial entities.

Santiago de la Cruz, a resident of Sabana Larga, testified that he has lost 150,000 pounds of tomato and that he does not know with a debt that amounts to RD $ 35 million.

For a few days, videos of producers have been circulating on social networks throwing vegetables to cows and others burning part of the production in landfills.